Sherri Shepherd was diagnosed with diabetes four years ago, but she’s living life to the fullest. The View host discusses her diet and weight loss plan in her new book, Plan D, and how she hasn’t let the disease slow her down. 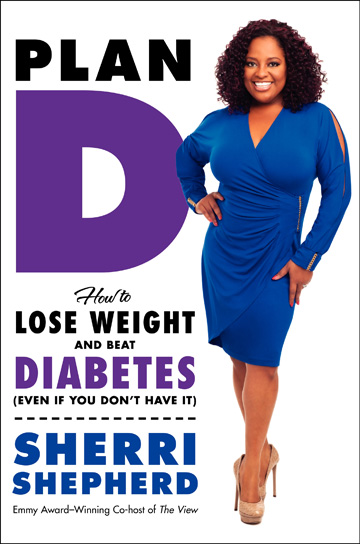 Sherri Shepherd wants you to know that having diabetes doesn’t have to stop you; in fact, being diagnosed with the disease has actually been a blessing in disguise for the talk show host.

Despite being prediabetic and having an extensive family history of the disease, Sherri lived in denial for years and continued to eat an unhealthy diet until she had a wake-up call shortly after her diagnosis.

“It was just realizing that the way I was living my life, I would not be here for my son,” she explained to SheKnows. “It was the realization that Jeffrey might walk down the aisle with his wife and there’d be a rose in a chair where his mother was supposed to be.”

Being diagnosed inspired her to change her life and take action. She jokes that her book Plan D is “diabetes for dummies” and outlines a three-step process for healthy eating and living with the disease.

“People with diabetes think they can just eat steamed broccoli,” she says, adding that her current favorites are oatmeal, salmon, quinoa, almonds and even occasionally dark chocolate.

Sherri also began exercising for the first time in her life and lost a lot of weight while gaining a new perspective. “I weighed 197 pounds when I started The View and I went down to 151 pounds,” she shares. “I started going to a trainer, and she taught me how to do stuff at home. She also taught me how to incorporate my son into my exercise routine. It’s moving and doing things you like. I love to dance and I take salsa classes.”

Today, Sherri is no longer taking medication and is keeping her type 2 diabetes in check through her diet and exercise. She wants people to know that you can live life to the fullest despite having the disease. “I made diabetes my friend instead of looking at it like the enemy,” Sherri says. “If you’re diabetic, you can turn a negative into a positive.”

For more from Sherri, check out her book, in stores now.