Weight concerns are the No. 1 motivator for watching what we eat but could fear of losing your memory or your ability to live independently cause you to take a closer look at what’s on your plate? 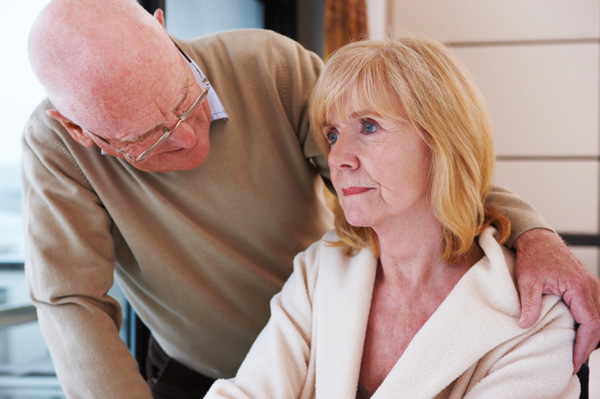 While a family history of heart disease or a recent colon cancer scare may indeed wake someone up to the connection between diet and disease, losing the ability to button a favorite pair of jeans seems to inspire dietary changes much more readily.

Recent research linking cognitive impairment to carbohydrate intake might just convince you to ditch your sweet tooth for good.

Experts estimate that up to 20 percent of adults older than 65 may suffer from memory and language impairments that are more significant than those experienced with normal age-related decline. Known as mild cognitive impairment (MCI), the disorder is often subtle, but can be a precursor to more significant forms of dementia, like Alzheimer’s disease.

According to the National Institutes of Health, symptoms often include:

A research team from the Mayo Clinic recently explored the association between dietary intake and incidence of MCI among a group of more than 900 elderly subjects (median age: 80).

Study participants who showed no initial signs of cognitive impairment were followed for roughly three and a half years and evaluated every 15 months for symptoms of memory loss; diet history was assessed through a lengthy food frequency questionnaire, which looked at intake one year prior.

The results, published in the Journal of Alzheimer’s Disease, revealed that those with the highest intake of carbohydrates had almost a four-fold increase in their risk of developing MCI. Risk also increased for those with higher sugar intakes (including natural sugar provided by fruit).

More specifically, Roberts recommends a balanced approach, where protein, fat and carbohydrate are eaten in relative proportion. Although this research did not attempt to define the ideal ratio of dietary components, according to the Institute of Medicine, adults should aim to get 45 to 65 percent of their calories from carbohydrates, 20 to 35 percent from fat, and 10 to 35 percent from protein.

When it comes to type of carbohydrate, Roberts suggests a mixed diet that includes simple and complex carbs and fiber-rich options.

“Don’t go overboard on simple sugars,” she warns. “Loading up on fruit is great, but lots of fruit without vegetables or without whole grains is not balanced.”

Participants in the study with the highest percentage of carbohydrate intake were also eating the most simple sugars — a trend that is common in older adults, according to Roberts.

Alternatively, the integrity of healthy brain pathways may be compromised with high-carbohydrate diets. The researchers note that a high percentage of carbohydrate intake parallels a lower fat and protein intake, both of which are integral to maintaining the structure and function of brain neurons.

Additional research is needed to confirm the link between MCI and diet, and longer studies will be helpful in determining the role of diet in those cases of MCI that progress to Alzheimer’s disease or other serious forms of dementia.