Heather brushed off Mike’s advances for an entire year before she agreed to a date. It turns out that he was the love of her life. 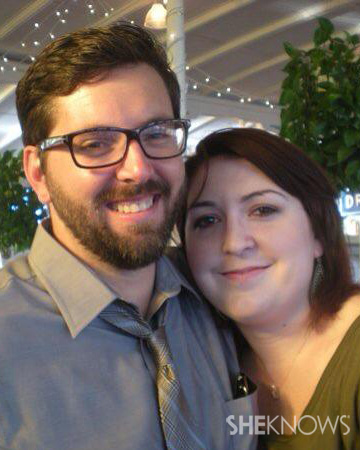 When Heather met Mike, she filed him away into the dreaded “friend zone.” Undeterred, he pursued her for a whole year before she gave in and went out with him. Good things come to those who wait, and they are very good together indeed.

When Heather met Mike, he was a friend of a group of friends she rented a house with, so his presence was common at her home. She was definitely not attracted to him in the beginning and thought of him simply as a friend, but he certainly didn’t feel that way. “I knew he had a thing for me from pretty early on in our friendship — he didn’t hide it at all, but it took him about a year to actually ask me out,” she remembered.

She turned him down when he first asked her out, but he didn’t give up. All in all, he tried to win her heart for most of a year, and she kept shooting him down. That didn’t stop him, because he knew that she was important and worth fighting for. He didn’t have any special romantic tricks up his sleeve — in fact, sometimes it seemed like he had given up. “He’s super practical and not really a romantic,” she confided when asked if he’d done anything special to try to win her heart. “That’s what I like about him though.”

Giving him a chance

Heather decided to go ahead and accept a date with him — not because she was romantically interested, but because she was bored and was looking for something to do. “I never imagined in a million years we’d get married,” she said. She had warmed up to him some after a year of being asked out by him, but she still had her doubts and was not interested in a serious relationship.

It turns out that they had more in common than she thought and after four or five months of dating, they really started to click. A simple gesture of kindness when she was ill was the turning point, and she began to fall in love with him. “I was not feeling well and had gotten out of the shower, and he dried my hair for me,” she told us. “It seems silly and small, but really stands out as a special moment.” 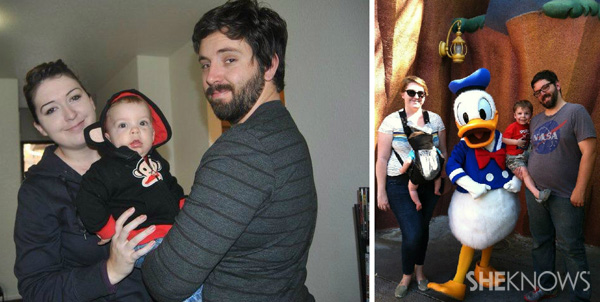 Heather admits that neither she nor Mike is terribly romantic, but that’s what makes them such a terrific couple. They are very compatible that way, and that is how they decided to get married — no fancy proposal, no surprises. Just a rational discussion. “After a year, we decided to get married,” she explained. “We were living together and it seemed practical and made sense.”

They decided to get married in Las Vegas with a handful of friends in attendance, and have been happily married ever since.

They have recently relocated to Indiana from San Diego, California, and are the parents of two young boys — Archer and Cohen. Heather is a work-at-home mom, sewing cloth diapers for her small business Archeree as she takes care of her boys. Archer is clever, very energetic and has a very outgoing personality, and Cohen loves to sleep, is cuddly and is super laid back.

“He’s still my best friend… even in our hardest moments that’s true,” she reflected. “We have two amazing kids — I know all moms say this, but mine are truly spectacular. We recently made a big move from California to Indiana and are working on making a home here. Not a day goes by where I am not completely thankful for all that we have.”