Meredith became pregnant after a St. Patrick’s Day celebration but wasn’t interested, at first, in a relationship with her baby’s father. As her pregnancy progressed, she wanted to learn more about him so they could become friends and successfully co-parent, but they wound up in love instead.

Related story Are You in a Toxic Relationship? Look Out for These 6 Signs
Acquaintances to friends to true love 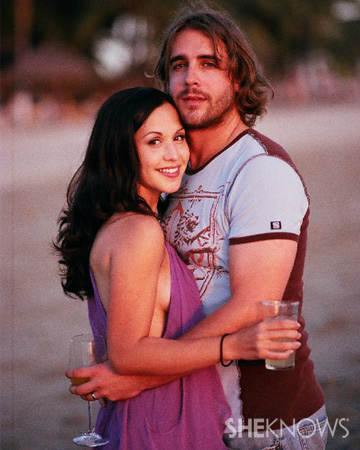 Meredith and Spencer found themselves at the right place at the right time — only they didn’t know it right away. A fun celebration resulted in a pregnancy, and their determination to become friends and be good co-parents led to a beautiful love story instead.

Meredith was born and raised in the Toronto, Ontario, area in Canada, but relocated to Honolulu, Hawaii, in 2004 to study zoology at the University of Hawaii. She describes her life before she met Spencer as “basically a disaster.” Devastation set in after an engagement was broken off and she dropped out of college. She took a job doing manual labor installing hardwood floors and spent her time off partying. “My professional and personal lives were very interconnected because my co-worker and boss lived below me, so we’d install floors all day, then hang out all night, drinking until 2 then getting up at 6 and doing it all over again,” she shared. “It was crazy. I drank and dated too much. It was a time of excess.”

She first met Spencer over a friend’s class project — building an ímu (a Hawaiian oven built into the ground). “Spencer was there and I recall that he was very, very cute and that he kept looking at me in a way that gave me butterflies,” she fondly remembered. “I was in a relationship at the time so I didn’t give him much thought, though I hoped I’d see him again.”

Fate intervened a year later, after her engagement was broken off. Her neighbors had him over and Meredith decided she’d try to get in touch with him. “He was planning to move to Peru that summer and I was just looking for a fun fling, so it seemed like perfect timing,” she said. 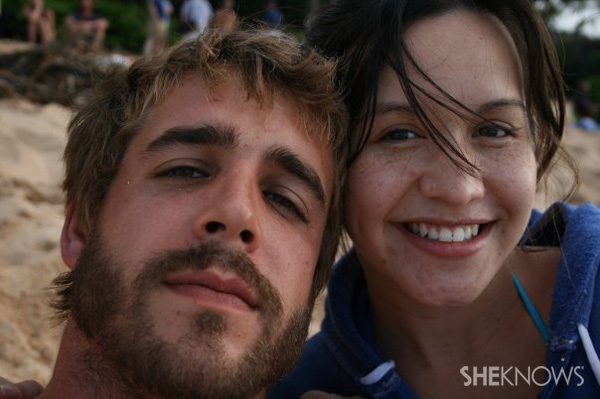 On St. Patrick’s Day, they were hanging out together in downtown Honolulu drinking and having a wonderful time. “I remember I was wearing mint green skinny jeans and a fedora,” she shared. “Those were crazy days!”

A couple of weeks later, she was feeling a bit off and spent some time Googling the symptoms she was experiencing, and website after website told her that they were pregnancy symptoms. She and Spencer had cooled off by this point and she had actually started seeing someone else, and she was terrified. “I took the test and didn’t believe it, so I went back out and bought like five more,” she recalled. “I came home, had a beer and took all of the tests. They were all positive.”

It happened to be April 1, and Spencer didn’t initially believe her. “He thought I was joking, but there I was, crying on my bed, surrounded by a million pregnancy tests,” she explained. “He picked them all up and looked at each one. I think he was praying that maybe I had misinterpreted the results.” 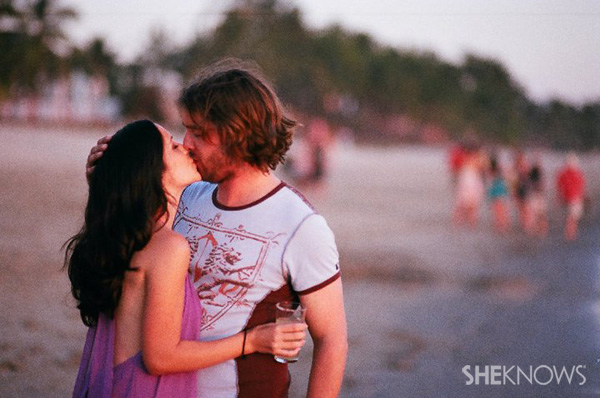 They decided to focus on getting to know each other better, and agreed that getting along so they could co-parent like mature adults was the goal, but romance was definitely off the table. She explained that he had feelings for her, but she didn’t return them — at first. “I was entirely focused on the baby and wasn’t interested in the complexities of a relationship,” she said. “The pregnancy definitely left me shell-shocked.”

They began going to prenatal appointments together and also shopped for books and went out to eat a lot. Every day that went by became more comfortable, but romance didn’t rear its head until April 29, 2009. Spencer sent Meredith a text message on his way to work to find out how she was feeling. “I told him that I had a huge craving for vegetarian pad Thai and pineapple frozen yogurt, but that I desperately needed a nap,” she said. “I passed out, but when I woke up, there was a message on my phone saying ‘check the fridge.’ He had run out to get me the pad Thai and frozen yogurt, then dropped it off at my house (without ever waking me up) and had then gone to work.” Touched by his thoughtfulness, she began to think of him in a different, and more romantic, light.

They started over from scratch — dating, holding hands, really getting to know one another. After about a month, he asked her to move in, and after living with Spencer’s parents for six months, they moved out and got their own place. 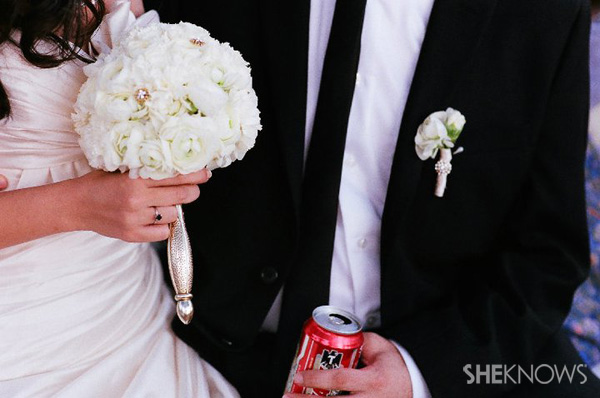 A proposal and a happy marriage

Meredith took a job at a law firm and had intended to work until she went into labor, but five days before her due date, she was feeling exceptionally miserable and stayed home in bed. When Spencer got home, he tried to cheer her up, and a few minutes later, their Chihuahua, Tim, came in and wanted to visit her on the bed.

“When I picked him up, I noticed a small cloth bag attached to his collar,” she shared. “I opened it up and inside was the most beautiful sapphire solitaire engagement ring! When I looked up, Spencer was there, on one knee, proposing. It started off as such a terrible day, but ended up being one of the happiest of my life.” 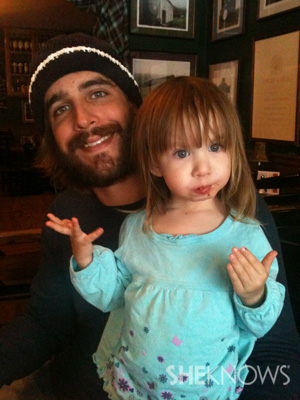 Meredith now cannot imagine life without Spencer. She said that nobody thought they’d co-parent effectively, much less fall in love and get married, but they beat the odds. “I’m not sure how I ever looked at him and didn’t see that he was my soul mate,” she explained. “We have the same warped sense of humor, he’s kind and loving and oh so dreamy… I didn’t get it right at the beginning, but thank heavens I figured it out before too long.”

They still live in Hawaii and have recently completed their family of four with another baby — so their first child, a girl they called Nayeli, is now a big sister to a boy named Kai. Meredith continues to be amazed at their lives and the turn of events that turned a casual relationship into one of love and marriage. “It’s crazy that we started a family as near-strangers and fell in love basically over prenatal appointments and bonding over my bizarre cravings, but that’s how it turned out,” she said.

Their happiness continues and they count their blessings every step of the way. “Spencer and I are still best friends, still grab each other’s butts every chance we get and still laugh over our rough beginning,” she happily shared. “We have it so, so good.”