School, money, military leave, job relocation, illness — sometimes life can get in the way of the big day. 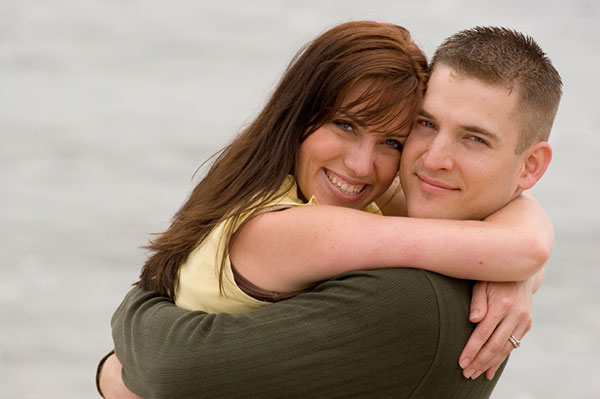 Whatever the reason, many couples today are vowing to stay engaged longer than one year. According to a recent survey by Wedding Paper Divas, 40 percent of couples wait 13 to 18 months to walk down the aisle, and 23 percent wait 19 to 24 months.

For many couples, long engagements are the only rational option because of physical distance. Laura Snyder, who moved from the U.S. to France to marry her husband, says the reason for her approximately two-year engagement was a combination of factors related to immigrating to a new country.

“We had, and still have, family and friends that live around the world — not just in the U.S. and around Europe, but also as far away as New Zealand,” she says. “Given the fact that they would need to travel considerable distances to attend our wedding [in France], we wanted to give them a lot of time to prepare: to find the money as well as to reserve the time in their schedules.”

In addition, Snyder says leaving a job and moving to another country required extra time to assimilate. “I do not think that either of us felt the need to get married any quicker than we did,” she says. “The schedule we set for the ‘official’ engagement and for the wedding suited our purposes, both [for] giving me some comfort before I immigrated to France, and giving our friends and family time to get themselves organized to be able to attend the wedding.”

For Lindsey Smith, a doctor in residency training, distance was a deciding factor in her long engagement, which will be 3.5 years by her wedding in October 2014. At the time of their engagement, her fiancé was living in San Diego and she was living in Phoenix. Now they both live in California, but are still about 1.5 hours from each other until 2014 because of their jobs.

“We decided to wait to get married until October 2014 so that this distance thing would finally be over,” Smith says. “We didn’t want it to be like the day we got engaged, where we celebrate this amazing milestone together, only to go back to separate cities, separate houses, separate lives in a way. We want our marriage to be the final symbol that our [nearly] four-year-long journey of being long-distance is finally over, and we can be together full-time.”

Ashley Wibbenmeyer, whose engagement will be almost three years by her wedding date in October 2013, says she is waiting to walk down the aisle because of school. “The main reason we waited to get married was so that I could finish up my master’s program,” she says. “We have always wanted to get married in the fall, and I was writing my thesis fall 2012. Plus, I wanted to actually be able to enjoy the wedding without graduate school hanging over my head.”

And for Laura Krueger Gaudet, postponing her engagement was about that special walk down the aisle with her dad. Gaudet, who became engaged in the fall of 2006 and married July 2008, says she waited so her dad could be by her side on her special day. “Right before Charles officially proposed, my father had his right leg amputated from just below the knee … After the proposal, I went into my dad’s hospital room and I told him that I wasn’t going to get married until he could walk me down the aisle. At his first meeting about his prosthetic, we asked about a time frame that was feasible for someone his age to be able to walk without any assistance. They gave him a year and half. We set the date immediately.”

The upside of a long engagement

Some brides, like Smith and Wibbenmeyer, say people are taken aback by their long engagements. “People feel the need to express their opinion about our long engagement with the exception of our close family and friends,” Wibbenmeyer says. “I’ve heard it all!”

Regardless of the stage of your relationship, there are always going to be family members and friends who question what you are doing and why you are doing it, says Stephanie Albers, who was engaged for about a year and a half so that she and her husband could save money. “As long as you as a couple are comfortable with what your choices are, it doesn’t really matter what others think,” she says.

But all the pestering about a long engagement can be worth it. A longer engagement can provide the couple more time to make practical preparations for the wedding such as booking catering, entertainment and the ceremony venue, Snyder says.

It can also allow for a little relaxation. “Take advantage of the fact that you don’t have to plan your wedding in a hurry,” Smith says. “Sometimes I get gung-ho and plan for weeks and do research, and then I get burned out and put it on the backburner for months at a time. A long engagement allows for that. It’s a built-in way to avoid transforming into bride/groomzilla.”

Smith says it’s also nice to be able to say fiancé a little longer. “I love saying my fiancé,” she says.

While long engagements can provide a chunk of time to save money and get organized, they can also end in disappointment if plans are not set in stone.

Just ask Shalena Broaster, who got engaged to her live-in boyfriend on Valentine’s Day in 2007 and started planning for a summer wedding — even buying the dress. “Well, it never happened,” she says. “Year after year, I felt as if the goal post was moved back further and further … It wasn’t until 2012, that I realized that we weren’t going to get married. I finally ended the relationship in June of 2012.”

Broaster says the proposal occurred after they broke up for a short period of time. Looking back, she says she feels as if the proposal was a gesture to get back together and smooth things over, not truly done with the intention of getting married. “He kept postponing the wedding,” she says. “Initially, we couldn’t settle on a date. … There was always a reason why we couldn’t get married. Soon arguments ensued whenever I would bring up marriage at all. I had a beautiful ring that seemed more like a space holder rather than a promise for marriage.”

Broaster’s advice to other women in the same situation: Long engagements like hers can be a sign that either party isn’t ready for such a commitment or has no intention of ever getting married. “If you don’t set a date,” she says, “you are most likely going through the motions. It took me five years to realize that I wasn’t going to get married.”

Real story: Why I broke off my engagement
Creative ways to break the good news
Should you pick out your own ring?