Forgiveness is hard, but it’s possible. Here, women share the positive side of forgiveness and reveal why they chose to forgive their husbands. 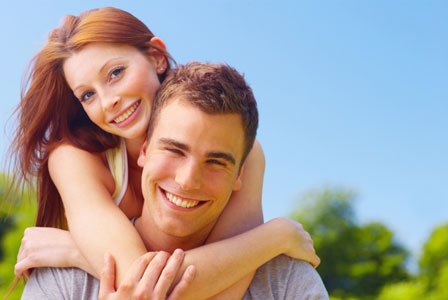 Deb and her husband have been married for 25 years. She’s dealt with everything from domestic violence to cheating, but has chosen to forgive her husband and even speaks about her story in hopes of helping others. She forgave him in order to release him from holding the power and realized it was a crucial step in helping her heal. They separated twice and have gone through marriage counseling. In the end, she believes it has made their marriage stronger and they now tackle their issues together.

“Forgiveness is for you, not the other person. It does not excuse them for what they did to you, but why carry that around with you for life? Release it and let it go.”

Maureen’s husband did what all of us women fear — he had an affair with a coworker. Though she never thought she’d be able to forgive infidelity, she did for a few reasons. First, he told her about it instead of waiting until he got caught. Secondly, he disclosed everything she wanted to know without hesitation. And finally, she knows if the situation were reversed, she would have wanted to be forgiven, too. Five years later, her husband is still in therapy and their marriage has improved immensely. Their communication, something they struggled with before, is now much more clear and satisfying.

“Everyone makes mistakes. I decided to give him some time to get his act together. He did, and I’m proud of him. If I didn’t forgive him, none of the last five years would have happened.”

Are you considering forgiving your husband?

Kimberly Friedmutter, life management expert, states that “women who stay with their husbands must be prepared to experience both varying degrees in forgiveness and differences in their relationship. Some days you will feel more forgiving than others, and that’s OK. Triggers can set you off into panic or fear of repeat behaviors. You may feel more insecure at times. Also, be aware that your ‘new normal’ in the relationship has changed. The most successful marriages utilizing forgiveness know a new relationship must evolve from this hardship.”

Remember that the past is the past. He can’t make up for it now, and by staying angry, you’re only hurting yourself and your marriage. If you decide to forgive, try to fully let go and move on. Focus on rebuilding your relationship and gaining back the trust. Focus on what your husband does right, not everything he’s done wrong in the past.

Live in the present. Our past shapes us, so learning to live in the present is one of the most challenging things we’ll ever do. If you choose to forgive, though, it’s necessary. Being stuck in the past is only preventing you from growing and preventing your relationship from flourishing. Make a conscious decision every morning to focus on today — not what happened months or years ago.

Have you learned how to forgive your husband? Tell us in the comment section below.

20 hrs ago
by Morgan Mullings