John Stamos is a hunk staple who has been making our breath catch since he played Blackie on General Hospital. Meet the smart and funny guy behind the delicious piece of Man Candy. 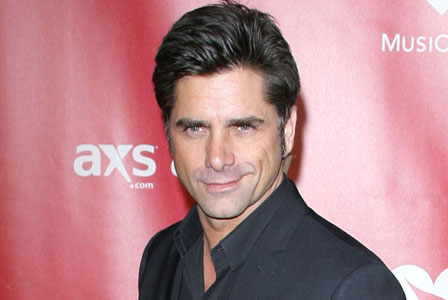 John Stamos is a hunk staple who has been making our breath catch since he played Blackie on General Hospital. Meet the smart and funny guy behind the delicious piece of Man Candy.

John Stamos is one of those rare male specimens that is just getting hunkier with age, has an incredible sense of humor and is able to roll with the punches when it comes to his life and career. 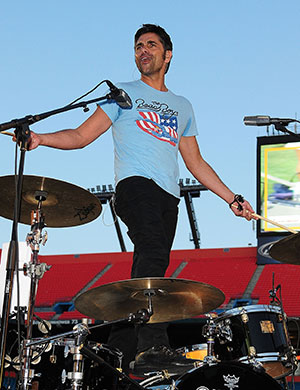 Longtime fans of OC heartthrob John Stamos (who used to flip burgers in his dad’s fast food restaurant) remember him for his days as Blackie on General Hospital. Stamos was only supposed to be in a few episodes, but producers quickly realized they had a fan favorite on their hands with the swoon-worthy Stamos. From there, he bounced around on television and in a couple of small movies. Stamos also reached out and made friends with his longtime idols, The Beach Boys, and toured with them periodically as their drummer. That takes guts! How much do we love a take-charge guy?

Most of us remember Stamos for landing the role of a lifetime on the smash TV show Full House. People so loved Stamos as Uncle Jesse that he had a hard time finding work after the role branded him in a “forever Full House” way.

Stamos stayed busy with Broadway productions and formed a production company soon after marrying Rebecca Romijn. Between acting roles, Stamos’ production company made several made-for-TV features, but fans wanted more of Stamos. When he guest starred on ER, fans got what they

wanted. The response to Stamos’ appearance was so overwhelmingly positive that he joined the cast of ER in its 13th season.

In August 2012, Stamos starred in Broadway’s “The Best Man” and told People magazine of his portrayal as a politician, “It’s one of the hardest things, being a bastard for two hours and 40 minutes. It’s exhausting.” What does that tell you? If being a jerk takes a toll on him, he’s got to be a good guy off-stage.

This sweet chunk of Man Candy can do it all — act, produce, play the drums for a legendary band — all while looking like a cologne model.

Hunk with a heart

John Stamos is the national spokesman for Project Cuddle, an organization that provides a hotline for new mothers in crisis who are considering abandoning their babies. So far over 700 babies have been saved from abandonment! On The Jeff Probst Show, Stamos said that he’ll get a text in the middle of the night from founder and friend Debbe Magnusen that another baby has been saved and he’ll “start bawling his eyes out.” A man who helps save babies? Be still our hearts.

Putting the smart in smarta**

Sure we got a few wink, wink, nudge, nudge giggles out of John when he played Uncle Jesse on Full House, but lately we’ve grown a deeper appreciation for his obvious sense of humor. His Oikos Greek yogurt commercials demonstrate that he doesn’t take himself too seriously, but one of our favorite John Stamos videos is “John Stamos’ Guide to Cuddling.” We can’t embed it in this article, but zip over to YouTube and check it out. When “one of the most handsome men you can think of off the top of your head” says “your exploring fingers are like Lewis and that other guy” as Stamos caresses Bob Saget, we lose it.

After divorcing Romijn, “The Stamos” is blissfully single. In a Redbook interview, stunning Stamos described an overzealous female fan who snuck into his General Hospital dressing room naked. “I didn’t know what to do. Should I call security? Should I buy her lunch?” He gave her a coat and sent her on her way. When asked what guy he’d want to sleep with if he were a woman, John jokingly answered, “Will Ferrell. I like his curly hair and the fact that he’ll get naked at the drop of a hat. I find that sexy in a man.”

So what does this dreamy, buttery-smooth piece of Man Candy look for in a girl? John told Redbook, “A good sense of humor. I once dated a girl who worked for McDonald’s. She came and asked me if I wanted a Big Mac.” All those good looks, a hilarious personality and laid-back charm? Sign us up.

15 hrs ago
by Iris Goldsztajn