A new report indicates that slashing salt intake may do more harm than good. 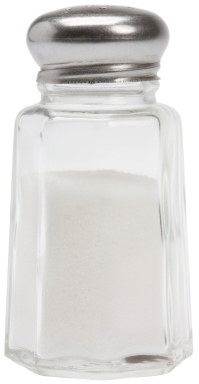 A new report indicates that slashing salt intake
may do more harm than good.

Is cutting your salt intake a good idea to thwart health problems?

According to an Institute of Medicine panel report, health outcomes were not much better when salt was cut to 1,500 milligrams a day in some people.

“Lowering sodium intake too much may actually increase a person’s risk of some health problems,” said Brian Strom, the panel chairman and a public health professor at the University of Pennsylvania Perelman School of Medicine.

“These studies make clear that looking at sodium’s effects on blood pressure is not enough to determine dietary sodium’s ultimate impact on health,” Strom said. “Changes in diet are more complex than simply changing a single mineral. More research is needed to understand these pathways.”

On average, adults consume about 3,400 milligrams of salt a day. The U.S. recommends no more than 2,300 milligrams for the general public, and as low as 1,500 milligrams for black people, people over 50, and those with high blood pressure, diabetes or chronic kidney disease.

The report indicates that people at a higher risk may not require a drastic salt reduction, and may need other steps to lower their risk for heart disease.

But the American Heart Association doesn’t agree with the latest report. It recommends only 1,500 milligrams a day for everyone.

“The report is missing a critical component—a comprehensive review of well-established evidence which links too much sodium to high blood pressure and heart disease,” said Nancy Brown, the group’s CEO.

In other words, go easy with the salt shaker, the AHA says.