Angelina Jolie revealed today she chose to have an elective double mastectomy to reduce her chances of developing breast cancer. 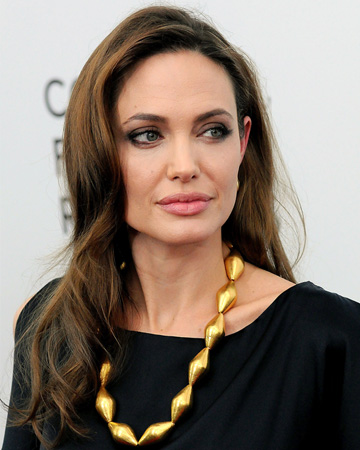 Angelina Jolie announced today that she had a preventive double mastectomy to avoid developing breast cancer. The issue brings to light a growing trend of women taking proactive measures to help avert this life-threatening disease.

Jolie said she carries the gene, BRCA1, which significantly boosts the chance that she will develop breast cancer. As a preventive measure, she chose to have an elective mastectomy on both breasts. She underwent three months of medical procedures and received implants to reconstruct her breasts.

Women with these mutations are five times more likely to develop breast cancer. Those with the mutated gene have a 15 percent to 40 percent higher chance of getting ovarian cancer compared with the 1.4 percent chance in women without the mutation. Nationally, about 25 to 30 percent of women opt to have immediate reconstruction after a mastectomy.

“I started with the breasts, as my risk of breast cancer is higher than my risk of ovarian cancer, and the surgery is more complex,” Jolie wrote in an op-ed released today.

The procedure is called prophylactic mastectomy, and a 2010 report in the journal Current Oncology Reports said that the use of it doubled between 1998 and 2005. Another recent study indicated that the procedure can lower the chance of getting breast cancer by up to 100 percent if there is a strong family history of the disease or a BRCA genetic mutation.

“Elective mastectomies for preventative purposes are not too common; however, I think they will begin to become more popular due to advances in testing as well as Jolie coming out about her choice to have one,” Harper said.

In her article, Jolie said the goal behind coming out is to help other women.

“I wanted to write this to tell other women that the decision to have a mastectomy was not easy. But it is one I am very happy that I made. My chances of developing breast cancer have dropped from 87 percent to under 5 percent. I can tell my children that they don’t need to fear they will lose me to breast cancer,” she noted.

Jolie said she hopes that in sharing her story, women will have testing to see if they, too, carry the “faulty” gene. Jolie’s mother died at the age of 56 of ovarian cancer.

According to the Centers for Disease Control, breast cancer is the most common type of cancer in American women. This year, the National Cancer Institute estimates there will be 232,340 women and 2,240 men diagnosed with breast cancer.