The FDA says pregnant women with migraines should stay away from drugs with valproate because it can lower their child’s IQ. 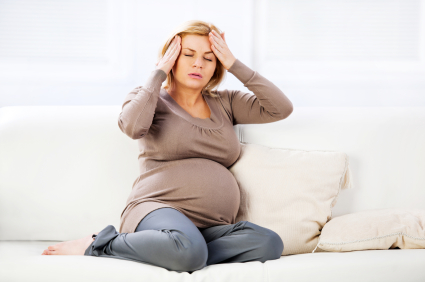 Pregnant women who experience migraines should not use drugs containing valproate because the medications can lower the IQ scores in their children.

The U.S. Food and Drug Administration announced yesterday that it would require a warning on medications containing valproate. (The medicines already note a risk to babies including birth defects.)

“Valproate medications should never be used in pregnant women for the prevention of migraine headaches because we have even more data now that show the risks to the children outweigh any treatment benefits for this use,” said Dr. Russell Katz, director of the division of neurology products in the FDA’s Center for Drug Evaluation and Research.

The warning comes after a study uncovered that children at age 6 whose mothers took valproate drugs to protect against epilepsy during pregnancy earned scores eight to 11 points lower on IQ tests than those whose mothers took other antiepileptic drugs while pregnant.

The FDA also notes that:

Natural ways to prevent a migraine

Migraines: 11 Ways not to treat a headache