Dr. Eduardo Castro wrestles with the current state of diabetes treatment and what is, in his opinion, one of modern medicine’s greatest flaws. 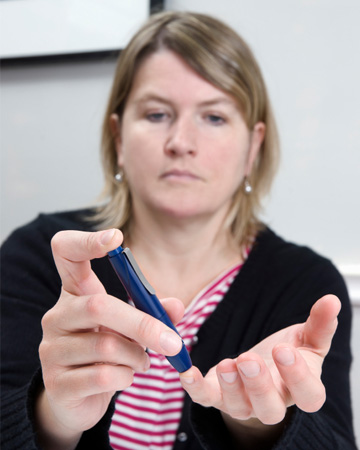 Type 2 diabetes is an epidemic. One in 10 women have it, and perhaps of greater concern, four in 10 are pre-diabetic.

Almost all of them are struggling with weight issues, but that is the tip of the iceberg. It is those diabetic and pre-diabetic women who go on to have the majority of heart attacks, strokes, kidney failures, blindness, Alzheimer’s disease, amputations and cancers.

Briefly, diabetics have high levels of glucose in their blood. Type I diabetics do not produce insulin, while Type 2 diabetics’ tissues become resistant to insulin. Insulin is the hormone produced in the pancreas that allows glucose to enter the cells from the bloodstream. In Type 1 there is no insulin and in Type 2 there is plenty of insulin but it is not working well enough.

One would think that the medical establishment would give considerable thought to treating this major killer and mammoth drain on health care dollars. But that does not appear to be the case.

Conventional medicine treats Type 2 diabetes the same way it treats Type 1: as a disease of elevated glucose levels. That is only half of the picture. Indeed, elevated glucose levels must be controlled or they damage tissues and lead to death. But Type 2 diabetes is also a disease of elevated insulin levels. It is the elevated levels of insulin that cause high blood pressure, elevated cholesterol levels, obesity, polycystic ovarian syndrome and excessive inflammation that cause the aforementioned conditions.

A person is diagnosed with Type 2 diabetes when the maximum amount of insulin production does not lower blood glucose sufficiently.

Anyone with insulin resistance has elevated insulin levels, not just Type 2 diabetics. Pre-diabetics do, and even pre-prediabetics as well.

Elevated levels of insulin are harmful

In addition to sending glucose into cells for energy production, insulin also directs the body to perform several other tasks. It:

As stated, conventional medicine treats Type 2 diabetes as a disease of elevated glucose levels. How are those folks treated? There are literally dozens of medications that lower blood glucose, but almost every one of the drugs does so by forcing a person’s pancreas to secrete even more insulin than it is able to do on its own, i.e., causes even higher insulin levels. This tragically results in more insulin-driven pathology.

The most unconscionable thing about the conventional approach to treating Type 2 diabetes, however, is that it is a curable illness. As will be discussed in Part II, the body is not broken but simply attempting to adjust to abnormal levels of insulin. The proper diet, exercise, one of the available diabetic drugs, specific nutrients, and time (it takes months to shift the vicious cycle of insulin resistance to a favorable cycle) lead to decreasing insulin resistance. With persistence, the body’s sensitivity to insulin can improve to the point that not only is there no diabetes, but there is no insulin resistance.

Blunder or ignoring the obvious?

There is not a physician in the trenches treating Type 2 diabetes who should be held in any way accountable. The tools they are provided with in their training have the appearance of being the best that science has to offer: drugs that reduce symptoms. They are not taught how to promote health, so it is not in their thinking.

On the other hand, how many pharmaceutical companies, hospital CEOs and junk food/drink producers would rejoice in solving the Type 2 diabetes epidemic?

How to prevent heart disease and diabetes
Diabetes tips: Exercise to manage the disease
The best diabetes cookbooks

8 hrs ago
by Carolyn De Lorenzo