You know how one minute you’re in a happy and fulfilling marriage and the next you find out that your husband of 20 years has been cheating on you with someone 10 years younger? Well I do. I went from country club wife and mother of high school students to a single, 39-year-old “cougar.” 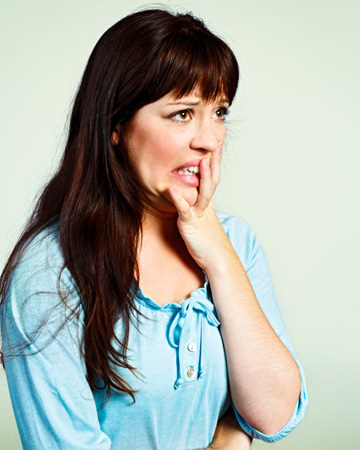 In this weekly feature, I will share with you all the mind-boggling, head-scratching, is-this-someone’s-idea-of-a-joke moments from my so-called single life. Consider this your private invitation to my tremendous learning curve…

Crushing on an older guy

My dear friend’s dad is a hottie. He looks like Harrison Ford and at almost 60, he’s a sexy beast. He loves to do many of the things I like to, and we work for the same company. He’s also married (aren’t they all!). Being married and my friend’s dad, combined with the fact that I love his wife, make him off limits. Still “Rich” and I do things from time to time together, and he has no idea that I have the hots for him. When he calls to make plans to go golfing or fishing, he starts the conversation with “Hey Beautiful,” but that is the extent of any flirtation between us. He’s also deeply religious and in love with his wife, so he remains someone I giggle about in my head, but I play the dutiful-friend-of-his-daughter when we are together.

One day Rich invited me to go golfing with his friend who was visiting from out of town. Because “Del” lives in a coastal region littered with golf courses, Rich said I might get an invite from Del to join Rich and his wife on their next visit. (I realize this is starting to sound a little Sister Wives, but I assure you, it’s completely innocent.)

Being friendly or being hit on?

Since being single, I’ve had a hell of a time distinguishing between a guy just being friendly and a guy making a pass. I’m super friendly and flirtatious, but I typically don’t mean anything by it, so I assume that’s what others are doing.

When Del and I were in the golf cart together (Rich’s idea), he kept yammering on about how great my posture was, how perfect my golf swing was, how young and beautiful I looked and I just kind of shrugged it off. Del is married, is Rich’s friend and lacked Rich’s appeal, so I had absolutely no interest in him.

Rich and his wife live in my neighborhood, so that night we all met at a neighborhood picnic and carnival. Del showed up, proceeded to sit down by me, and when I said I was going to get a henna tattoo at one of the carnival tents, he asked if I had any other tattoos besides the one visible on my arm.

Yuck. This was when I could tell the vibe was going from friendly to dirty-old-guy-in-a-trench-coat. This feeling went into overdrive when Del said that Rich and his wife were going to a movie the following night and could he take me to a nice dinner?

Del caught me flat-footed and I’m eternally polite, so I heard myself saying, “Uh, yeah. Thank you.”

Crap. Something about that made me feel excessively oogie. The next morning, I invited Rich into my office and asked him if I was making too much of things. I pitched my take on the situation and said, “Wouldn’t his wife be upset if she knew that Del was taking someone to dinner without you?”

In his adorable “awww-shucks” kind of way, Rich said, “Yeah, I don’t think she’d like it too much.”

Yay! I wasn’t totally off my rocker. I called Del and nicely told him to get bent.

Miss B. Haved’s Love Lesson Learned #29: It’s not OK for a married man to ask you to dinner, but especially if he’s miles away from his wife.