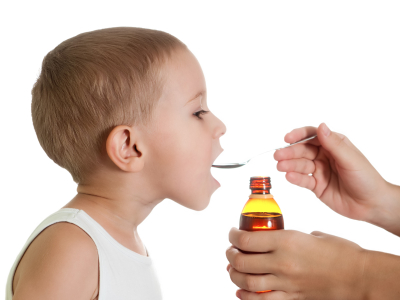 Parents, pay attention to the labels on the medications you give your children—even if it is a remedy that says it’s for kids.

A new University of Michigan poll indicates that more than 40 percent of parents have given kids under the age of four cough medicine or multi-symptom cough and cold medicine, and 25 percent have given their kids decongestants.

What’s the problem in trying to treat a cold with these medications?

According to the federal Food and Drug Administration, some over-the-counter remedies can cause serious side effects. In 2008, the FDA changed its guidelines to say that children under four years old shouldn’t have such medications.

“These products don’t reduce the time the infection will lasts and misuse could lead to serious harm,” said Matthew M. Davis, M.D., M.A.P.P., director of the C.S. Mott Children’s Hospital National Poll on Children’s Health. “What can be confusing, however, is that often these products are labeled prominently as ‘children’s’ medications. The details are often on the back of the box, in small print. That’s where parents and caregivers can find instructions that they should not be used in children under four years old.”

Side effects can include allergic reactions, drowsiness, sleeplessness, nausea, and constipation. Other side effects can also occur when children under four take these medicines.