A new report states that infant mortality rates declined 12% in the U.S. over the last six years. 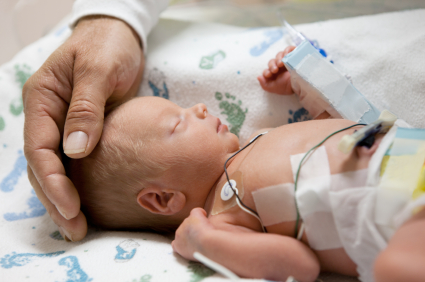 Good news for mommies (and babies) in the United States: Infant mortality rates are down, according to a new report.

In total, infant mortality rates fell 12 percent between 2005 and 2011, something that researchers say may be due partly to fewer premature births.

In Georgia, Louisiana, North Carolina, and South Carolina (states that have often been plagued with higher infant mortality rates than the rest of the U.S.), the rate declined by more than 20 percent from 2005 to 2010. (2010 was the latest year from which to derive data).

The biggest drop in infant mortality rate was in Washington D.C., where an expanded home-visit program for poor pregnant women may have helped. The mortality rate went from 14.05 deaths out of 1,000 births in 2005 to 7.86 deaths in 2010.

Mississippi and Alabama have the highest mortality rates, though Mississippi had a 15 percent drop during the five-year span, the report stated.

Fewer premature births—and more education about the risks associated with them—may have helped to lower numbers, said Marian F. MacDorman, a senior statistician at the National Center for Health Statistics and report author. In 2009, two-thirds of all infant deaths in America were among preterm babies, she noted.

A growing number of hospitals are not letting mothers schedule births before 39 weeks without a medical reason.

“It’s been going on for a few years now and I think it has had an impact,” Dr. MacDorman said of concerted efforts to discourage early deliveries. “It’s maybe leading to just a little change in the culture.”

Other factors for the decline in infant deaths: More education about the leading causes of death from 2005 to 2011, which included congenital malformations, short gestation/low birth weight, sudden infant death syndrome, and maternal complications.

Janice A. Freedman, executive director of the North Carolina Healthy Start Foundation, a nonprofit group focused on reducing infant death and illness, said the decline of infant mortalities in her state was probably attributed to improved education about preventing SIDS.

Is drinking OK for baby?