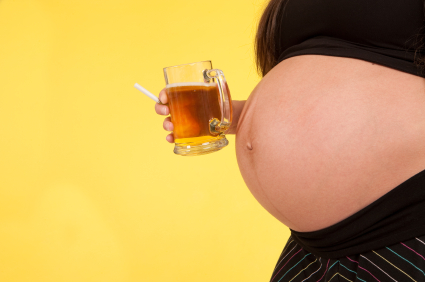 A new British study suggests that light drinking during pregnancy does not pose negative risks to a child’s development.

The research examined thousands of 7-year-old children born to mothers who either did not drink at all while the children were in utero and those who drank lightly while pregnant.

The result: Kids whose mothers had two drinks a week had similar behavioral and cognitive scores as those whose mothers abstained from alcohol use during pregnancy.

The kids born to light drinkers had fewer behavioral problems than those born to mothers who didn’t drink while they were pregnant, according to the research. The scientists also found the children born to light drinkers had better math, reading and spatial skills tests than those born to mothers who abstained from alcohol during pregnancy. In both cases, the overall difference was not significant.

“We know heavy drinking during pregnancy has a very deleterious effect, but it is very unlikely that drinking small amounts will have an impact,” said Professor Yvonne Kelly, co-author of the study in An International Journal of Obstetrics and Gynaecology.

“It doesn’t seem biologically plausible that small amounts of alcohol would affect development either way. The environment children grow up in is massively more important,” she noted.

But the report isn’t an “all-clear” to go for the booze. The researchers say more studies are needed to see if there are any effects later on in childhood.

And some experts say the best thing to do is leave the cocktails behind — at least for nine months.