Fasting is nothing new. Some fast for religious purposes. Some fast to cleanse themselves. Others fast because … well, they just like the early bird special. But could fasting actually be a good health move? 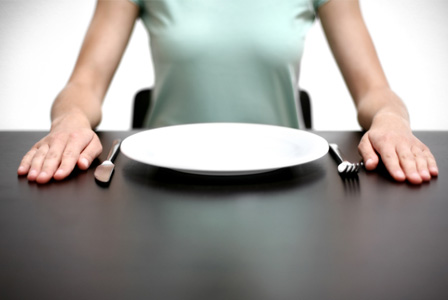 When Jessica Norman was diagnosed with chronic fatigue syndrome in September, she researched lifestyle changes in hopes of reclaiming her life. At 25, Norman found herself often exhausted and feeling out of shape. “After every workout, I was falling asleep within an hour. [I had] aching joints, my concentration and memory were awful, [I had] disturbed sleep and I hardly lost any weight. I eventually had to stop working out altogether, and it became harder and harder to get up in the mornings,” says Norman, a project/events coordinator in London.

She discovered Dr. James B. Johnson book, The Alternate-Day Diet. “I was a bit skeptical at the time so I vowed to read the whole thing before I even thought about starting the diet,” says Norman.

The Alternate-Day Diet was created around up days and down days in terms of calorie intake. “The book said this would help to even out energy levels and reteach your body how to use energy more effectively, among lots of other health benefits including weight loss, lowering blood pressure and cholesterol, all without slowing my metabolism down,” says Norman.

So she tried it, beginning in January. “I am now 13 weeks in — I sleep through the night and wake up at the same time almost every day feeling refreshed and ready for the day ahead. I am back at the gym, and I even have the energy to go out afterwards,” says Norman.

The diet, she says, bears a resemblance to The FastDiet, which revolves around two non-consecutive limited-calorie intake days each week while eating normally the other days of the week. “The scientific evidence is strong that intermittent fasting can improve health,” says Dr. Mark Mattson, chief of the Laboratory of Neurosciences, National Institute on Aging, and professor of neuroscience, Johns Hopkins University in a news release. 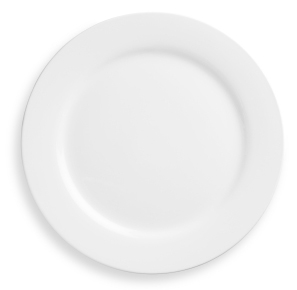 The up-and-down method of diets like the one Norman did provide one avenue of fasting. And those who are trying it say it works. For Janice Christopher, a relationship coach, it’s meant to jump-start weight loss. “I’ve just started doing the FastDiet with good results. I lost a pound a day for eight days. I’m now a little bit stalled, but hopeful. Nothing worked before this,” says Christopher.

But that’s not the only fasting method that’s said to benefit health.

Anyone who’s ever done the Atkins Diet probably recognizes the word “ketosis,” which is a process in which the body uses ketones for fuel because there isn’t enough glucose available. Researchers now say that putting the body into a mild form of ketosis may have lasting positive effects on brain health.

To do this, people engage in a daily fast that lasts 12 to 14 hours by fitting all your meals into the other 10 to 12 hours during the day (and not snacking later on!). Could an early dinner really mean big things for your brain health?

Neurologist Dr. Richard Isaacson and nutrition researcher Dr. Christopher Ochner say so in their book The Alzheimer’s Diet: A Step-by-Step Nutritional Approach for Memory Loss Prevention and Treatment. They say that the nightly fast is the safest way to enter mild dietary ketosis, and that the benefits are clear: The ketones protect brain cells and improve memory function in patients with Alzheimer’s and mild cognitive impairment, or MCI.

There are other methods of fasting as well, such as juice fasts or fruit and vegetable fasts. These can be beneficial for ridding the body of toxins, although they are short-term methods, not long-term like the fasts mentioned above.

Choosing a fast like this should be done carefully, as the more extreme you go (and the more unprepared you are for it), the harder it will be.

Bernadette Kathryn, an integrative health and lifestyle coach and licensed massage therapist suggests a slow approach to removing toxins from the body. “Try a vegetable- and fruit-only fast to begin with. Make sure all of the fruits and vegetables are organic and make sure that you have plenty of pure spring water to assist in the process,” says Kathryn.

“Fasting periodically can help your body relieve stress, reduce interstitial bloating, and clear your mind. It is a valuable health tool when preformed properly — it is a technique to be respected and utilized with appropriate caution,” says Kathryn.

More on food and health

Competition, cash aid in weight loss
Jillian Michaels on being slim for life
Break your food addiction and lose weight