Go hard or go home. Burpees ’til you puke. Mountain climbers until your shoulders collapse. Treadmill sprints on a steep incline until you literally fall off. All while being barked at and told you need to work harder. 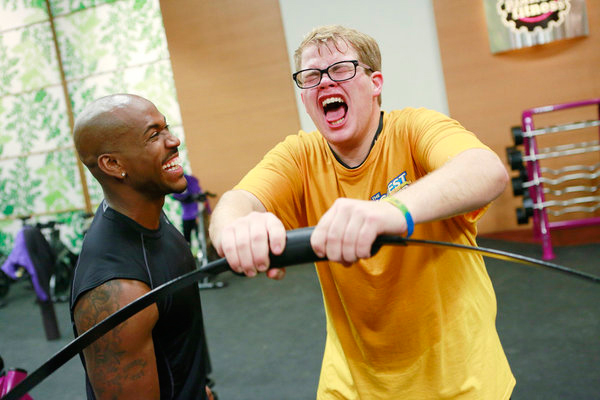 From reality TV weight loss shows to your friends’ Facebook posts about their latest muscle-crushing “black box WOD” workout or bootcamp session, the underlying message is consistent: Unless your workout and your trainer are making you practically cry (and nearly vomit) you’re a slacker.

“I’m not the Cinderella trainer who pats you on the back and just takes your money,” says David Burney, an Aerobics and Fitness Association of America (AFAA) personal trainer. Stone-faced and gravelly voiced, the Army veteran leads intense, in-your-face bootcamps near Florida State University in Tallahassee. He said he knows his classes are tough, but he wants to give students a great return on their fitness investment. “Nothing comes easy. I’m going to make sure you work hard for it.”

When does ‘more’ actually become too much?

Recent studies from universities including Bowling Green State University, the University of Missouri-St. Louis and Ryerson University in Canada suggest these workouts and reality shows present such an unrealistic view of weight loss and exercise intensity, particularly among the obese, that they actually heighten our discriminatory and negative views of overweight people. Moreover, experts say these shows and workout programs give the impression that exercise and healthy eating have to be tortuous to be effective.

“It’s a really unrealistic view,” says Keli Roberts, an ACE Gold-certified personal trainer and Equinox group fitness instructor in California who trains 14 clients a month. “The worst is that it shows that you have to be abused to get fit… that you have to kill yourself to get anywhere, that anything less than that is not enough. This is far from the truth.”

One recent study, published in the journal Obesity, surveyed 59 mostly white female participants and found that watching just a single episode of The Biggest Loser left them with a more negative bias toward the obese. Another study, in the American Journal of Health Behavior, found that viewers of the show were less inclined to exercise and reported exercise as being less enjoyable after watching the show.

NBC has previously declined comment on the studies, and trainer Jillian Michaels’ publicist did not return messages seeking comment. But The Biggest Loser is just one of many current and former shows focused on extreme weight loss, from Shedding for the Wedding and Style Network’s Ruby and Extreme Makeover: Weight Loss Edition.

“The ‘more is more’ attitude fails to celebrate small victories and makes reasonable rates of weight loss and strength gain seem like failures,” says Grand. “I’ve had clients who are angry at themselves for being able to ‘only’ lose 2 or 3 pounds in a week. That’s a huge accomplishment and a sustainable rate of weight loss over the long haul.” 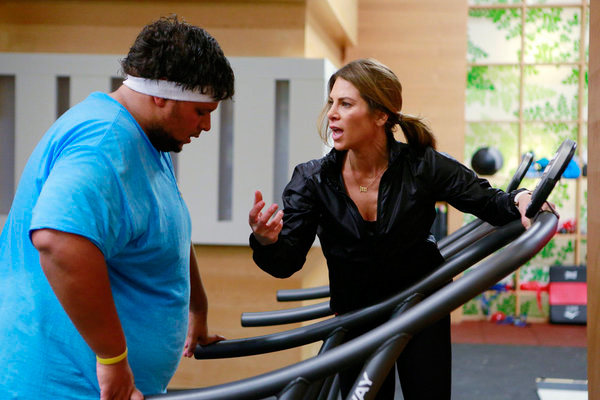 Dr. Joseph J. Colella, an internationally recognized bariatric surgeon who has performed more than 4,000 bariatric surgical procedures on obese patients, says the message delivered by extreme weight loss shows and workout regimens is “insensitive, dangerous, rude, prejudicial and risky. It flies in the face of years of scientific research.”

“We have known since 1991 that 97 percent of people with a BMI over 40 cannot lose enough weight to matter and sustain that weight loss without gastric bypass, because something happens hormonally when people cross that 40 BMI threshold,” says Dr. Colella, director of robotic surgery at Magee Women’s Hospital at the University of Pittsburgh Medical Center. “So it’s like torturing these people, telling them they need more willpower, and then letting the skinny people watching at home enjoy it.”

Amber Stoner, a second-year law student at Florida State University, admits she was “terrified” the first time she entered the Crossfit “box” in October. But today she loves the challenge of the high-intensity “WOD” and loves the way the trainers push her.

“The coaches I work with don’t push by barking at you,” says Stoner, 33. “They are intimidating you by being honest about how tough this is, but at the same time, you feel so motivated. You think, ‘Yes, this is the hardest thing, but I can do it for just 20 more minutes.’ And in Crossfit, there are other people there at the same time, but you are there in your own workout. So you feel like a success, not a failure.”

Dr. Colella has an idea for a different kind of reality weight loss show and workout approach.

“My reality show would be to take people with a BMI of between 28 and 35, and teach them correct nutrition and appropriate timing of nutrition and exercise so that they can avoid the need for gastric bypass surgery,” said Dr. Colella. “We can’t change the obesity epidemic [without surgery] for those who are already [obese], but we can prevent the ones who are close from getting to that point.”

More about diet and fitness

Weight loss help from The Biggest Loser
How to eat and exercise to lose weight
Mom swap: Ways to change up your gym routine