When women know the risks of elective delivery, they are more likely to let nature take its course. 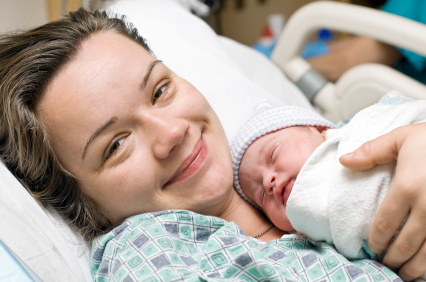 You may not want to plan on inducing labor or having a C-section just so it fits into your schedule.

Medical groups have warned women for years to keep babies in utero for 39 weeks. However, many women are inducing labor or having elective C-sections for nonmedical reasons. Perhaps the in-laws are coming to town on a specific date, or their doctors will be on vacation around the time they are due—whatever the reasons, more women are scheduling births when they are not medically necessary.

But that number is down in some hospitals. A new study released this week in Obstetrics & Gynecology says that pregnant women who want to have their babies before 39 weeks will reconsider early elective deliveries when they know about the risks.

Critical growth and development occur throughout pregnancy — all the way through the final few weeks, according to the Centers for Disease Control and Prevention. “If the mother is healthy, current research indicates that delivery should not be scheduled before 39 weeks’ gestation,” the CDC has stated.

A 2007 CDC study found that mortality risk for babies born at 37 or 38 weeks is 1.5 times higher than babies born at 39 to 41 weeks—the March of Dimes wants more women to know that.

“That’s a 50 percent higher risk of infant mortality,” said Dr. Edward McCabe, a pediatrician and medical director for the March of Dimes Foundation. Mortality at 39 to 41 weeks is very low, he added.

The organization originated a tool kit to boost awareness about the risks.

After a year of using the kit, there was an 83 percent decrease in early-term deliveries. In January, nearly 28 percent of babies were born at 37 or 38 weeks, but by December, that number had dropped to just 5 percent. McCabe observed a corresponding increase in births at 39 to 41 weeks.

Being aware of the risks of early delivery when it is not medically necessary seems to have slowed down some women from choosing to pen-in a maternity ward visit. In short, more mommies are letting nature take its course when they know how important it is to do so.

How celebs like Jessica Simpson give birth in style