Anyone who’s ever been in a long-term relationship knows it’s not always easy to make one work. In fact, sometimes it’s just plain frustrating. Yet the world is full of happy couples, more in love today than ever. So how do they it? We went straight to the source to find out.

Related story Are You in a Pandemic Relationship Rut? 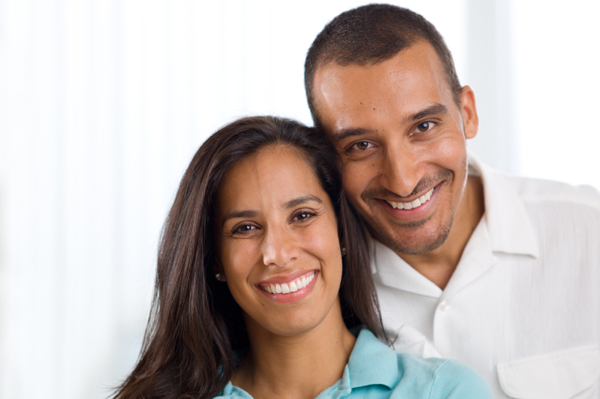 Relationships are tricky business. They have a way of throwing things at you that you’re just not quite prepared for, and figuring out the right move can seem impossible. You can read advice columns and self-help books until you’re cross-eyed, but sometimes you just need to hear from someone who’s been there. That’s where we come in!

SheKnows talked to lots of happy couples and got them to spill their secrets. Keep reading to find out why they think they still work, and what you can do to make it happen for you.

Ashley LeMieux blogs at The Shine Project, has been married to her husband for three years and says they have a relationship envied by many of her friends. One of her suggestions for a great relationship is to keep things equal.

“If I was left to do all the housework and cook every night, our house would always look like crap and we’d be flying through boxes of cereal,” said LeMieux. “It’s unfair to put too much responsibility on one party. We equally share tasks around the house and in other areas of our life, and it makes things so much happier and easier.”

Sex isn’t everything, but it certainly is something. Women tend to have ups and downs in their sex drives, and it’s hard to keep things going when your drive is taking a nosedive. You don’t have to say “yes” every time, but it’s important to make sure it happens with some amount of frequency.

Still not in the mood?

Dixie Coskie has a solution to that. “Always go to bed naked!” she advises.

“Sex is an important part of our connection with each other. Make it happen even when you don’t feel like it sometimes,” says Parenting and Life Coach Barb Desmarais. Keep in mind that you may not be in the mood when you get started, but there’s a good chance you’ll be feeling it a little more once things get steamy.

Kimberly Gauthier, of Washington, has been with her boyfriend for eight years. She says it’s important to appreciate the small things, something we’re all guilty of letting slip by from time to time.

“As time goes on, it’s easy to start taking each other for granted. When I find myself getting easily annoyed with my boyfriend, I stop and remember the little things that he does for me,” she said. “He bought me a charm with our late puppy’s name engraved on it — just because.” Gauthier added that whenever she finds herself getting annoyed with her man, she reaches for the charm and remembers what a lucky gal she really is.

Every now and then, you might lose that lovin’ feeling. It’s alarming, but it’s actually perfectly natural in a long-term relationship, and it doesn’t mean you’re approaching the end.

Doug and Stacey Taylor are recipients of the MarriageTeam enrichment program, and they have used what they learned through that program to keep their marriage strong. One tip Doug says has helped immensely is to make the choice to love your partner.

“Love is a choice first and an emotion second,” he explained. “When you don’t ‘feel’ anything for your spouse, try doing loving things for them. I’ve often found that as soon as I do, those loving feelings in me return.”

Make time for each other

It’s so easy to get lost in the madness of everyday life and forget to squeeze each other in, but it’s important to make sure you are still a priority to each other.

Marcy Snodgrass has been with her husband for 19 years and says they still have a date every week. They’ve also invented something called “couch time.” They spend time each evening sitting together, talking, with no interruptions, and it’s a rule recognized and respected by their teenage children.

“These two things have helped us keep communicating, so that when the kids are gone off to college, we will still know each other and enjoy spending time together. I hope to grow old having fun together, and I feel confident we will!” she adds.

What’s your secret for a lasting relationship? Comment below.

20 hrs ago
by Katie Smith