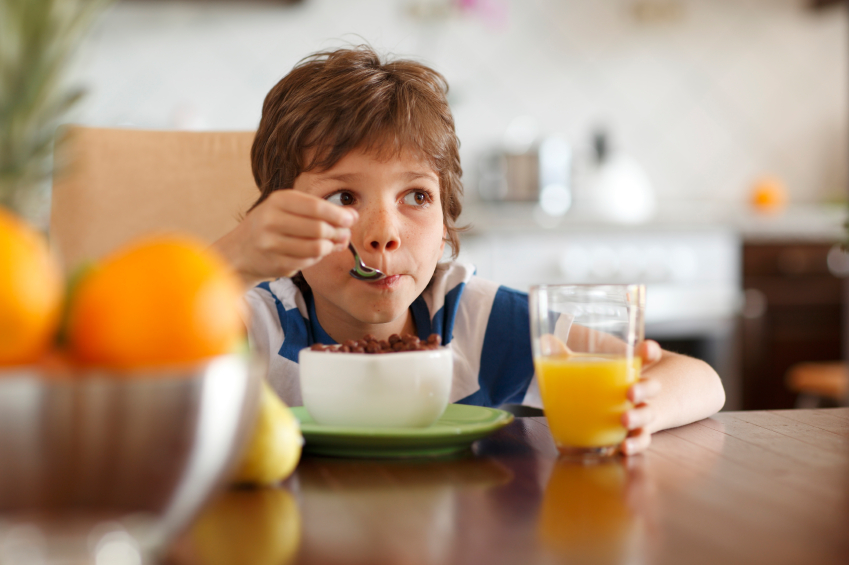 If you’re keeping an eye on your child’s weight, you may want to change up your dinner plates.

Related story Talking to kids about weight: 6 Dos and don'ts for moms

According to research published in the journal Pediatrics, kids that serve themselves may consume less if you use smaller dishes.

Temple University researchers wanted to see if children would eat less using smaller plates—a notion brought on by previous research that found adults pile on more food the bigger their plates are.

“Studies show that when kids serve themselves more, they are going to eat more,” said Jennifer Orlet Fisher, a study author who said that switching plates may not be the answer to control eating. The study does show, however, that it is easier to change eating habits in kids than it is in adults, she says.

“Kids are much less complicated eaters than adults are,” Fisher added.

What else can parents do other than use salad plates to serve dinner? According to another study published in the same issue of the medical journal, getting enough rest may curb weight gain.

Researchers say that children who get 10 hours of sleep per day as compared to those who get 7.5 hours may be less likely to pack on pounds. Getting more sleep can lower the proportion of teens with a BMI at or above 25 (classified as overweight) by 3 percent at age 14 and by 4- 6 percent at age 18, the study showed.

Parents can only do so much, though. Another recent study identified four genes associated with severe childhood obesity.

But just because genes may be a factor in a child’s weight doesn’t mean that parents can’t have a positive impact — another current study says that self-help counseling from your pediatrician may help.

2 hrs ago
by Elizabeth Yuko