Accepting an engagement is a huge step in a relationship — and breaking one off is just as monumental. We talk with Nicole who is successfully married, but not before she ended her prior engagement. How do you know if you’re making the right choice? 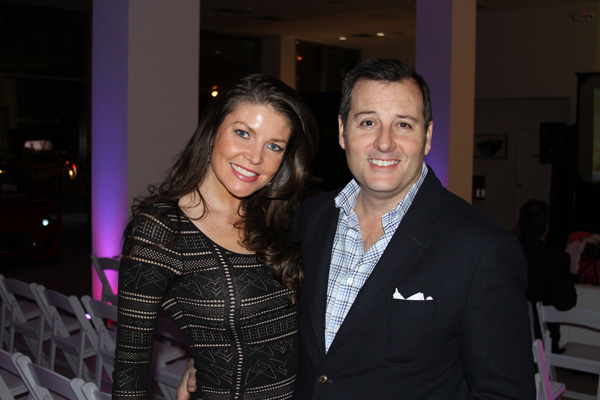 Nicole and her husband

Nicole, who grew up and attended college and law school in the northeast, was engaged to a professional football player when she decided that their paths were taking them in different directions and called off the engagement. Now, living in Manhattan, she is a successful lawyer and married to the man of her dreams, but it was not an easy decision to make. We were able to chat with her to find out how she made that choice and what advice she would give to someone in a similar situation.

A marriage proposal is serious business — your answer will dictate the direction your life will take, so you want to be sure that you’re sure when you answer “yes” or “no.” Nicole felt the same way. “I was brought up to respect the sanctity of marriage, but with the understanding that there are many challenges associated with maintaining a strong and lasting relationship,” she shared. “I wanted a marriage that I would be a partner in and one where I had an equal say in its direction and character.”

She told us that she was young when she accepted his proposal. “He was a professional athlete and I was a law student,” she said. “Our paths could not be more divergent!”

Nicole was on a particular career path. She was dedicated to law school; however, she admits that being partnered with a professional athlete meant that she would have to put her own career goals on hold. “I was expected to be at every home game and watch the away games with the other NFL wives and fiancees,” she explained. “When it came time for parties, I was expected to be there and look pretty, not much more. From the outside, my life appeared glamorous; however, my fiance never asked what I wanted for my life!”

She said that there were plenty of perks to being in the life of an NFL player, but the drawbacks began to develop the longer she was in the relationship. She dove into planning a wedding, all while finishing up law school, applying for clerkships and studying for her bar exam. “Although I had always been an avid football fan and happy to support my future husband and his teams, it became evident that football was the only thing in our lives we were sharing together,” she remembered. “Although I would eat, sleep and dream football for him, unfortunately my dreams and aspirations didn’t make it into his ‘end zone.’”

Nicole had the wedding fully planned out — she had her dress, her shoes, the venue, the wedding party and the save-the-dates all ready to send out. However, when it came time to pop them in the mail, she hesitated. By this time, her fiance had been picked up by another team and departed across the country while she stayed behind clerking for a family law judge. In working in that environment, being exposed to divorces on a daily basis, Nicole began to realize that she couldn’t go through with it. “No one in my family had ever divorced, so I really did not believe it was an option for me,” she said. “If I was going to end the relationship, it would have to be before I took the trip down the aisle.”

Nicole began to seriously consider the communication — or lack thereof — that went on between her and her man. Whenever someone brought up the wedding, she would quickly change the subject, and she told her fiance that they needed some time apart. “When my fiance would bring it up, I would vocalize my doubts and a fight would typically ensue since our communication skills with each other were so terrible,” she said. He didn’t believe her until she came home one day with a signed lease to her own apartment and moved out. As time went by, they spoke less and less.

Had it not been for Nicole becoming a lawyer, she isn’t sure that she would have called the wedding off. “Instead I would have made a terrible mistake,” she explained. “I saw enough marriages ending, and maybe I did not know all the reasons why they were ending, but I knew enough that marriage is something very big and you really should ask all the right questions and feel completely ready before taking that step.”

For those who may be looking to take that next step, Nicole has solid advice for you. “At times in my previous relationship, I felt resentment for the progress I was making in my career,” she remembered. “I knew a true soul mate would encourage me. Last May, I married and this time, I had all the right answers for my questions. We have a great line of communication and share similar interests both professionally and personally. He makes me a better person and I strive to do the same for him. Before taking that next step, ask yourself, ‘Do we work well as our own team?’ Life has challenges and success is accomplished through teamwork. Remember, there should be no ‘I do’ without a team.”

More on relationships and breakups

What to consider before filing for divorce online
Ex be-gone: Get rid of the ghosts of exes past
Are you ready to move on? No-fail ways to tell

13 hrs ago
by Monica Beyer