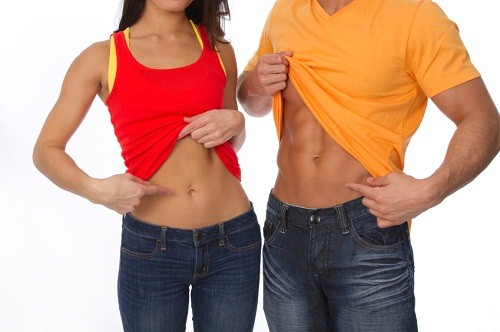 Here’s a new reason to be a team player and join your employer’s next “Biggest Loser” challenge: A new study suggests that people lured to lose weight with financial incentives may drop more pounds as part of a group competition.

The study, published in the Annals of Internal Medicine, looked at one group of five people who would earn $100 if they met an individual weight-loss goal. Another scenario of five people offered $100 as well, but offered more money to those if other members of the group did not lose weight—that group lost three times the amount of weight compared to the first group.

In essence, your success may thrive on your competitive spirit.

“People may be more motivated to achieve a particular goal when a particular resource that had been allocated for them is given to someone else if they don’t achieve their goal,” said Dr. Jeffrey Kullgren, the lead author from the University of Michigan Medical School and the Ann Arbor VA Healthcare System.

The possibility of earning more than $100 along with the competitive nature of the contest may have been the factor that drove more weight loss in the second group, the researchers say.

So, what’s the best plan and how much will it cost an employer or organization?

“There are hundreds of different ways you can think about doing it. I don’t think there’s a consensus about what the best way is,” noted Robert Jeffery, who has studied financial incentives at the University of Minnesota in Minneapolis. He added that organizations can pay based on pounds lost, or pay up based on how long participants keep weight off.