The bedroom is supposed to be the place where you reconnect, cuddle, and — most importantly — have sex. But with the influx of so many awesome gadgets (iPads, Galaxies, Kindles, MacBooks, you name it) into every nook and cranny of American life, the bedroom hasn’t been spared. If you want to reclaim your sex life from your BlackBerry when you hit the sheets, this is the story for you.

Related story If You're Thinking About Buying a Nectar Mattress, You'll Want to Read This First 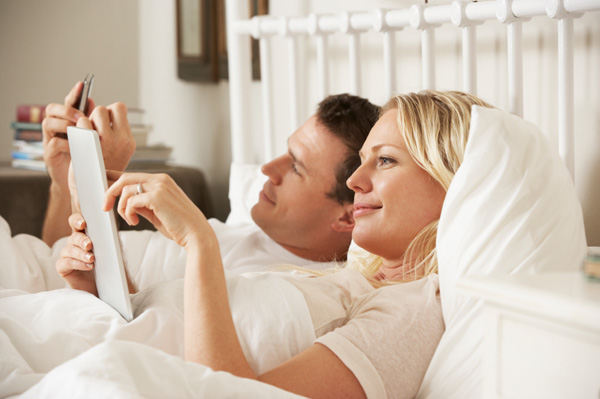 Why electronics can wreak havoc on your sex life

Before you blame your lagging sex drive or your busy schedule for the lack of sparks in the bedroom, you might want to turn your attention to the innocuous little smartphone, tablet or laptop sitting and waiting for you when you go to sleep and when you wake up. It could have a serious impact on your sex life.

“Cell phones and laptops are about the worst things invented when it comes to boudoir dynamics,” says Dr. Yvonne K. Fulbright, Ph.D., Astroglide’s Sexual Health and Wellness Ambassador. “Feng Shui has long held that couples need to keep the electrical energy in their bedroom in check, as this makes for better sleep and overall ambiance, on at least a subconscious level.” 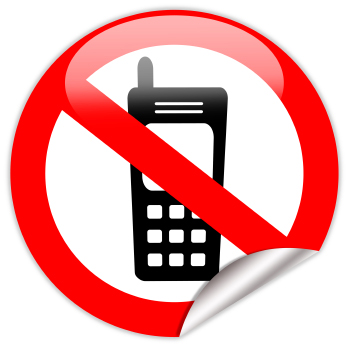 Back 20 or 30 years ago, there were no gadgets to worry about — only that big ol’ television, which was problem enough when couples started paying more attention to it than each other.

“Laptops and cellphones only add to the issue, giving partners more to get into and distracted by, which prevents them from connecting, talking, touching,” Fulbright says. “It has them turned on to others (in a non-sexual way) with social media or work dominating their attention. They’re depriving themselves of downtime, opportunities to communicate and process the day, and to get sensual or carnal, if they want to.”

The emotional impact of tech

Fulbright isn’t alone in her warning about the power of gadgets on one’s sex habits.

“From our most recent research, we are finding that people are checking their smartphones right up until bedtime — and even when they awaken at night — and that this is highly distracting and very mentally (and emotionally) consuming making it difficult to attend to those who are right next to us in the bedroom,” says Dr. Larry D. Rosen, Ph.D., author of iDisorder: Understanding Our Obsession With Technology and Overcoming its Hold On Us.

So what’s a well-meaning (but tech-obsessed) modern couple to do if they want to get frisky instead of consumed by glowing screens come nighttime? Follow these simple rules for more bedroom bliss.

Dos and don’ts of tech in the bedroom

Busy? How to fit great sex into your schedule
Have better sex at any age
Bring Fifty Shades of Grey into your bedroom