Lisa and Mike eloped in Las Vegas, as many couples do, but years later they had an opportunity to recreate the experience for a Canon commercial. They jumped at the chance to retake a picture of one of the most important moments of their lives.

If you had a chance to redo your wedding photos, would you? Lisa and Mike, who live in a suburb of Cleveland, Ohio, got the chance to retake a photo that was taken during their elopement in Las Vegas, Nevada. It was an opportunity they didn’t want to pass up, and now they not only have a beautiful, non-fuzzy photo of the moment, but an amazing video to go along with it.

Lisa and Mike met due to a chance encounter. Her sister had phoned to see if she wanted to meet her at a bar because she thought that she’d like a guy she was friends with. At first, Lisa didn’t want to go, but finally gave in, only to find that the guy was not her type at all. She hung out with her sister anyway, having a good time, and when her sister wanted to leave to grab a bite to eat, she tried to get another guy to go with them. “We left, and as we walked out, I asked her why she was bugging him to go and she said she thought we’d make a cute couple,” Lisa happily remembered. “I smiled and she turned around and basically dragged him out with us. We exchanged numbers and I guess they say the rest is history.”

Mike arranged for a beautiful Christmas-time proposal. It was Thanksgiving 2003, and they already had their holiday tree up. Mike had the ring hanging up among the branches as a surprise. “He took me to the tree to look at all of the ornaments he had made as a child and then he pointed to the ring, got down on one knee and proposed to me,” she shared.

While out at a bar one night, they were talking about a wedding, kids and their future together. She explained that she wanted to be married before having children and the next thing they knew, they were at home buying tickets to Vegas to elope. They packed up that night and drove to Detroit, Michigan, to catch their flight. “On Monday morning, we went downtown and got our marriage license and ate lunch,” she explained. “We stopped at the Circus Circus casino to look up wedding chapels in the phone book. Mike happened to call the one that was across the street. It was called the Candlelight Wedding Chapel and we had an appointment set!”

As many Vegas weddings are, their wedding was a quick one. “The wedding was simple, rather comical,” she shared. “You basically pick your package from a ‘menu’ and there you go. We did not plan well while packing and were both wearing blue jeans. It went by super-fast and we were then husband and wife.”

Lisa and Mike are now the parents of three beautiful children — Mikey, Madison and Morgan. They live a happy and fulfilling life in their Cleveland suburban home. Lisa happened to see a commercial on TV about a couple who got a second chance to retake an important photo opportunity because their first did not turn out well, and she thought this would be a great idea for the two of them. “They had given their website and asked for people to share their story of how they wanted a second shot at a memory,” she said. “I immediately thought of a photo that a couple took of us right after we eloped, it was a fuzzy pic of Mike and me holding a license plate that said ‘ELOPED.’ I decided to log on and give it a shot.”

Lisa had several conference calls and video chats with producers before she knew that they had been chosen. She said they were just lucky, but she also thinks that their story was even more special because it had a twist. “The chapel we were married at closed down shortly after we were married there,” she told us. “It was later relocated from the Las Vegas Strip to the Clark County Heritage Museum in nearby Henderson, Nevada.” 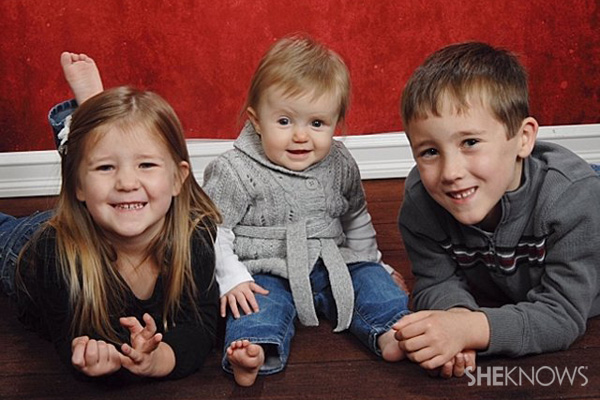 They were flown out and put up in a hotel in Las Vegas, and had free time before the shoot took place. They spent most of their time at the museum shooting at the chapel, and they also got to go to the Neon Museum, also known as the Boneyard — where old Vegas signs go when they’re retired.

“The last scene we shot was a driving scene,” she fondly shared. “That was really cool! They mounted a camera to the outside of the car and Mike drove through downtown Vegas. It was really funny because people kept looking at the car trying to see who was inside. Pretty sure they were expecting celebrities!”

In the end, Lisa and Mike got a beautiful keepsake for their family, and Lisa says that she’s happy to have it and would do it again. “We had a blast!” she said. “It was exhausting because it was a long, hot day, but we would do it again in a heartbeat!”

Poll results: What do women think about marriage today?
Best places to elope
Real story: We eloped in Vegas!