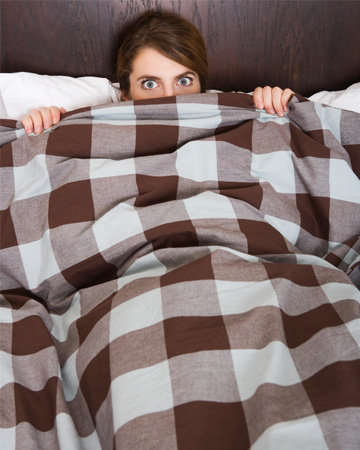 I thought I had a much better grasp on this “being single after 21 years of not being single” thing! After my second separation from my ex-husband (which followed a reconciliation that flopped miserably), I took a few months to “get drunk and make some poor decisions,” to quote Vince Vaughn’s character in Wedding Crashers.

It got old fast. After months of partying like a kid, and hanging out with boys that were considerably younger than myself and yes, taking a couple of them home when I shouldn’t have, I came to a crossroads. Was it more depressing to keep going out, seeing the same people and repeating the same mistakes or was it more depressing to sit in my flannel pajamas on a Friday and Saturday night eating ice cream and watching re-runs of Seinfeld? I decided the latter was less depressing.

So with rare exception, I behaved myself. But now I find myself single again after two relationships (one that lasted one and a half years and another that lasted six months) and I went right ahead and f’ed up again!

I have this little small town watering hole that I like to visit on occasion. It is in an area where I grew up, a lot of my friends hang there and it only serves three drinks and last call is at 8 p.m. Let me assure you, what those drinks lack in quantity, they make up for in strength. Last night after my allotted number of beverages, a young guy that I’ve known for a long time said his birthday was the next day and did I want to join him at a bar in the next town over for a birthday drink.

Back when I was better at being single, I would have recognized such an obvious trap, but I’m out of practice! And I was definitely in that place where everything seems like a good idea. What could one birthday drink hurt? I assumed my young friend had extended the invite to our other mutual friends.

I walked into the bar where the birthday boy waited — alone. I didn’t give it much thought because this guy and I have been friends for so long. One beer turned into two beers and a shot. A shot? What was this, amateur hour? Why is it when I hang out with these young guys I forget that I’m at an age when shots are a really bad idea, for a variety of reasons.

When my more sober friend told me I shouldn’t drive and I could crash at his place, that seemed like a splendid idea! Right up until I realized there was a hot tub and only one bed. The only thing that I have going for me is that I didn’t have sex with the guy, despite his persistence and constant reminders that he was the birthday boy. You cannot imagine how proud of myself I was for exercising such restraint, because after a few drinks, a dry spell and a hot young guy with his hands all over you, it’s difficult to stand your ground. I was even more relieved this morning when I rolled over and saw several condom wrappers on the floor — the sad remnants of sleepover invitations with women who haven’t learned the hard way that one night stands are a bad idea.

So it would appear you can teach an old dog, or a cougar I guess, new tricks.

Attracting men just got a whole lot easier
The day I learned my boyfriend was on Match.com
When granny panties aren’t enough to keep you celibate