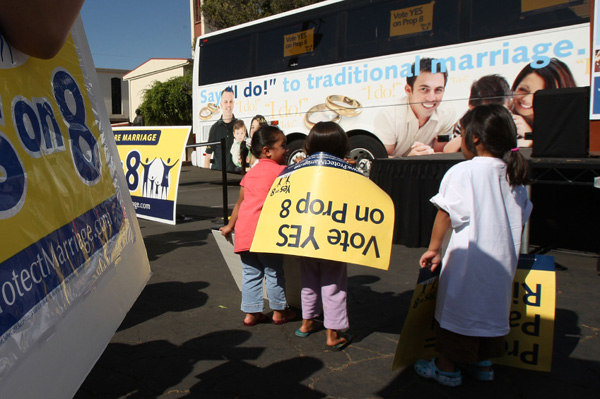 Gay marriage goes against what I believe in

David Newmon is a computer programmer living in South Florida:

On a Biblical basis I am opposed to same-sex marriage. The Bible is very clear and any church that accepts same-sex marriage is very confused. I personally believe it is morally wrong and sinful against the God I believe in. The Bible says that every other sin is outside the body, but sexual immorality is a sin against your own body. In that sense it is somewhat of a “unique” way to sin. I have nothing against homosexuals or transgender people. They live in a free country and are free to express their sexuality with other people however they wish. I do believe it is discrimination to allow only opposite-sex couples to marry. Just because you choose to live with an alternate lifestyle doesn’t mean you shouldn’t be able to get the same legal rights of another person. I feel like the church is focusing on the wrong thing. They are focusing on politics. Jesus caused a ripple in time so large that we’re still keeping track of how many years it was since He was walking the Earth (2013). And He didn’t do it by passing laws. He did it by changing peoples’ hearts. He loved His neighbor and He saved the prostitutes and the people that nobody else cared about. The hurting, broken, hopeless and helpless. Those were the people Jesus ministered to and if He was our “model life” to follow, then the church seems to have gone astray.

Michael Savage is a conservative American radio host, author and political commentator. He posted the following on his Facebook page:

Contrary to popular belief, “Gay Marriage” is not about “equality” at all, because most no one who opposes it hates gays or minds civil-unions which would grant homosexual couples FULL RIGHTS under the law. So why is that not good enough? Because “Gay Marriage” is really about undermining and destroying the fundamental values and moral principles which guide and govern society itself. It is part of an insidious and well-coordinated agenda designed to erode our moral convictions and weaken our resolve until we can no longer resist. What’s more, it is a DIRECT ATTACK on Christianity, fueled by pure malice and spite, and it is one of the most HATEFUL movements in America today! What do you do when you are attacked? You fight back!

Chris Newall is a landscaper living in Pittsburgh, Pennsylvania:

My concern is that if we legalize this, we will not be able to speak against it without someone making it hate speech because the government is really rewriting the institution of marriage which God created. Sure, there are a ton of sins out there, and I’m a sinner too! I just don’t think we need to pick and choose which ones are acceptable.

Carolyn Montgomery is a stay-at-home mother living in North Carolina:

As Christians, we may be required to tolerate ungodly behavior, but the moment we begin to endorse the same then we, too, have become suppressers of the truth. You cannot love your neighbor and want to see them excluded from the kingdom of Christ (Eph. 5:5). What is needed is courage in speaking the truth: We cannot love our neighbor and tolerate idolatry and unrepentant rebellion against God. We cannot continue with the “go along to get along” mentality that is leading those we love to destruction. We must speak the word of God with boldness and accept the fact that those who have fallen away may not ever return. We must choose this day whom we will service. Will we stand with the only wise God or with the foolish old-makers of same-sex marriage? I stand personally against gay marriage. I just don’t have any hope that the law will prevent equality on the issue because so many Americans are for it.

Jessica Dobordziej is a proud wife and mother-to-be:

As a follower of Jesus Christ, I believe in the Bible as God’s Word which is truth and live my life, with His help, according to it (failing along the way). With that said, I believe that homosexuality is not God’s original design for marriage as it is expressed in the Bible. I don’t condemn gay or lesbian couples as people, nor do I condone their lifestyle. I would never hate or bash someone for this choice. I believe this is above all a spiritual issue more than anything else. I have family members who are living the lesbian lifestyle and I love them. Their choices do not impact how I treat them; they are no less worthy of respect or dignity than anyone else, however, I do not agree with their choice to live out that lifestyle. I have known individuals that struggled with the homosexual desires that were healed and freed from them through their relationship with God. I believe the true design for marriage as God intended is between one man and one woman.

Gerlyn Hobbs is a golf enthusiast and bingo player living in Ohio:

I’m not a Christian. I’m not religious. I’m not spiritual. I have no reason for being against gay marriage other than I think it’s disgusting. I don’t understand how two men can be in love, nor can I comprehend the same about two women. That’s all there is to it. Marriage should be between a man and a woman. Moreover, I think anything on a sexual level should only be between a man and a woman. It’s just what’s RIGHT.

So… what do YOU think? Share in the comments below!

I Cheated On My Abusive Partner to Feel Less Trapped

12 hrs ago
by Navarre Overton

How Your Period Changes After Chemo

20 hrs ago
by Meredith Goldberg