What do you think “the other woman” says when she finds herself attracted to a married/taken man? Do they even think? Or do they just consume them whole like a black widow spider? 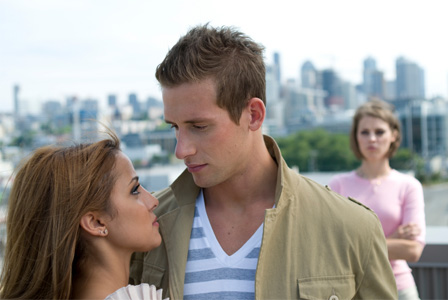 What do these women want?

These are the types of questions I would ask every time I saw women hit on my best friend in college. I’ll be honest — he wasn’t very attractive. He wasn’t even all that smart. But he loved his girlfriend. And that brought out the women like a sale at Bloomingdale’s.

Some girls would invite him to “hang out” in their dorm rooms. Others would call him late at night “just to talk.” He probably should have told his girlfriend that this was happening, but maybe he liked the attention. Honestly, what guy wouldn’t?

Picking up the “taken” scent

My cousin went to the beautiful Dominican Republic this past year and he was thrown off by all the attention he received. I was grateful for his discretion and unwillingness to give details on the “adult” adventures, but the one thing he remarked on was what women found most attractive: a wedding ring.

I laughed because I’ve seen it happen here, too. On your wedding day, maybe you exchange rings as a symbol of your love and commitment to each other. But what does that signal to other women? That he’s a stable man, who also is off the market and someone they can’t have. What are the two things most women actively seek out? Stability in a man and the thrill of a challenge. Becoming exclusive or getting married practically sends off pheromones to thirsty women.

You already won the battle

Honestly, if women are that attracted to your man, be proud of yourself for getting him. Don’t nag him if you’re insecure and don’t freak out at every pass a woman makes. Why? Because you have to have faith in your significant other and in the relationship, that’s all.

I know it sounds easy, but if someone leaves because they can’t stand the temptation, they were never yours to begin with. If a guy likes the attention to the point he practically secures a guest spot on Jerry Springer’s visits to Hedonism resorts, you probably should have reconsidered staying with him a while ago.

We all have free will and could leave at any given moment. But fear of conniving females shouldn’t govern your life or your happiness. Those women simply don’t have a comparable bro-code. And just like the saying goes, the tighter your hold on sand, the more of it slips through your fingers.

Oh, and don’t worry about the LeAnn Rimes‘s of the world. The old adage “the way you got him is the way you’ll lose him” will always haunt them. So if the tentacles of a deceptive woman end up luring your man away, it means two things. Your relationship was never that strong, and she’s always going to have to worry karma will come right back around.

7 hrs ago
by Haylie Pomroy