If you have been on the single scene for any amount of time, you likely have two lists you live by: a list of things you want in a partner and a list of deal breakers. 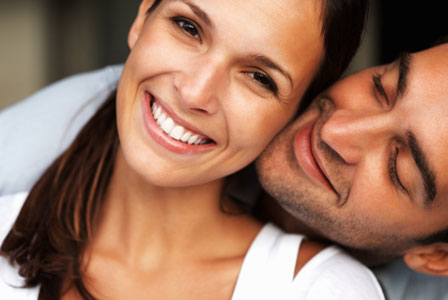 But is it possible that you could be ruling out some great men by being so reliant on your self-constructed rules? Perhaps it’s time to consider taking these five things off your bad-boy list.

Matchmaking expert Stef Safran offers insight into the gray areas of dating. With years of experience, she tells her clients to go with the 80-percent rule. “Keep this in mind when you go out there and judge someone else because they didn’t dress in something you think is “cool” or their haircut is dated or they could lose a few pounds,” she says. “If someone hits your 80-percent rate, it’s enough to warrant a second chance. Will that always equal a relationship or passion? Not necessarily, but part of life is meeting people who don’t always go the immediate-gratification route.” She offers these five signs that may mislead you into breaking it off too soon. 1

He is a failed entrepreneur

Maybe he made a choice that turned out to be the wrong one, but at least he was willing to try something new! If this guy gets laid off down the road, at least you know he’s capable of going outside the box of working for someone else.

Perhaps his family has issues that make being around them toxic. It is important not to write him off right away — find out more before you pass judgment.

He doesn’t have friends from high school or college

People hopefully grow and change. Maybe he felt like he was a burn-out or a trouble maker before, so there is no need to stay connected to the past. Or perhaps he simply lost touch and it’s best he found new people to be around.

It could be that he’s had bad luck with the economy. You won’t know unless you get to know him and find out more about him. Changing jobs can also be a sign that he is willing to take a chance.

He hasn’t had a long-term relationship in years

Perhaps he’s done some soul searching. Maybe he wasn’t really ready because he needed to focus on himself, his career or his family. A short history of long relationships does not necessarily make him a player or a guy who is unable to commit. You may be the right person at the right time for him!

Safran recommends focusing on a second date rather than thinking about marriage the first time you meet someone. Don’t put so much pressure on yourself or him. If you find out that he has a few flaws, it means he is human (gasp), which is a good thing — you are too!

Reader poll: What things about your man were misleading at first?

The strong, silent type: What you need to know
Spontaneous chances these real women took to meet the one
4 Signs he’s definitely not a keeper