It seems a good love story can only be found in books or on the big screen. But these real women tell fairy tale-like stories of how they met their Prince Charming. 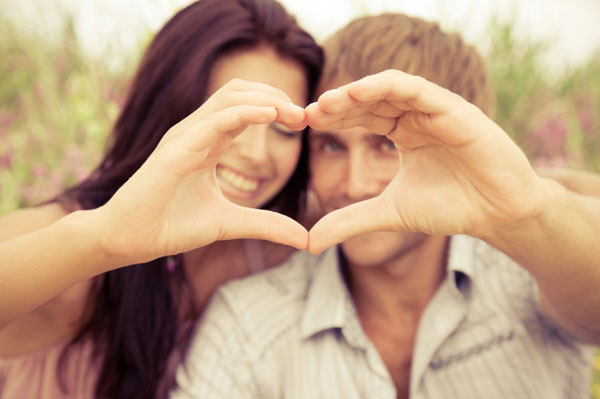 Taking a chance for love

It seems a good love story can only be found in books or on the big screen. But these real women tell fairy tale-like stories of how they met their Prince Charming.

Nancy was a writer in both New York and Hollywood for many years. When she moved to the Northwest 10 years ago, she gave it all up. She was divorced for the second time, and living alone. Bruised and discouraged, she decided she was done with romance. Then, during the course of a painful illness that literally stopped her life dead in its tracks, she was reawakened. One painful day she glanced at a picture of a vibrant, excited 2-year old little Nancy hanging on the wall and she thought, “I wish I could get her back.” At that moment, Nancy’s book about her life story was born, and that vibrant Nancy came back.

With a renewed strength and passion for life, Nancy began writing another story. This time, the story was about a boy. He was a boy that had touched her life in a profound way many years before. Nancy wanted to connect with the boy whom she had not seen or spoken to in 30 years to let him know how much he had meant to her. So she took a chance. She did not find him, but she found his brother and made the phone call. The rest, as they say, is history. That was seven years ago. The two now live together in a small town on the Olympic Peninsula. As their stories merged, they realized the love they experienced all those years ago was not only real, but has grown in depth and wonder over the years. Nancy says that she is so grateful that “we both had the courage to try something that seemed impossible to us both 30 years ago. Who says you can’t fall in love after the age of 50!”

One fish in a big sea: Trish

It was the late 1960s, and high-school student Trish was going steady with a cute, but older college guy. She was still in high school so the relationship ended without much fuss. When Trish graduated, she realized the man she let go was really the one for her. She took a chance and enrolled in the college he attended and planned (sans cellphone and Google) to sift through the 50,000 students to find him. She knew it sounded crazy, but she also knew she had to find him.

When she arrived on campus to begin her search, things were abuzz with students celebrating Homecoming. She parked her car and took a deep breath. As she stepped out, she saw him. Through the sea of people, he was walking right toward her! In the midst of thousands, there he was. “It was like the parting of the Red Sea,” she says.

The time is now: Michelle

Michelle was living in Philadelphia the summer before her senior year of college. After three years in a rocky, unhealthy relationship, she was taking the summer to relax. Her mom called to say one of her dad’s co-workers from the military base was heading to an amusement park. She had been wanting to go, so she said she would join him. By the second day, the two had their first kiss. After two days together, he left to head back to Pittsburgh.

The morning after he left, he called and told Michelle he had to go overseas for three months. Michelle knew at that instant he was the one. The thought of him leaving was just too much. On Friday of the same week, she drove nearly six hours across Pennsylvania to see him again.

When he returned in August, he came to visit. They talked about her senior year of college. Two days before she left for school, he accepted a job in Oregon. They had to decide to take a chance on each other or break it off.

By October, the church was booked for August. She had a dress and a reception before they were officially engaged on Christmas Eve.

Their twins just turned 1, and they have been married for 12 years. Michelle knew at the end of that first trip that he was the one.

Suzanne was tired of hearing her girlfriends complain, “I’m never going to meet anyone” and “All the good guys are taken.” She was also tired of feeling defeated in love. So she proposed an idea. She dared her girlfriends to date. Over the course of 10 weeks, they competed against each other to earn points. Each single gal would earn one point when they exchanged numbers, two if a man of interest texted, three when he called, six for a date and a bonus point for any after-date contact. In those 10 weeks, the friends went on more dates than they had in the previous two years!

Suzanne watched as her shy girlfriends went from whiny and depressed to confident and dating.

After the experiment (where one friend ended up getting engaged), she realized she wanted other women to have the same opportunity, so she started Fantasydatinggame.com to provide a forum in which women form leagues, post points, cheer each other on and share dating successes and advice.

“Taking small chances empowers women to take larger ones, build confidence and find love by incorporating flirting into their daily routines,” Suzanne says. “Knowing her wing girl is winning by six points will give a woman the guts to chat up a guy waiting for his Frappuccino at Starbucks. In fact, when she is playing, the woman won’t leave the coffee shop without giving him her number!”

The goal is not to play games with people’s feelings, but to change the stories a lot of women tell themselves, like, “All the good ones are married” and “There aren’t any nice guys in this city.” The truth is there are good men everywhere. Fantasydatinggame.com provides an opportunity for women to discover those men while going about their everyday lives. And as they dare to date, they walk taller, smile, feel more confident and meet people with ease.

Women have reported meeting guys everywhere. One player met a special someone at a gas station, another at the dry cleaners. A single mom approached a single dad and found love at her son’s T-Ball game.

Do you have a story of taking a risk for love? Share it with us below!

5 Signs that will mislead you to thinking he’s a bad guy
The strong, silent type: What you need to know before dating one
Online dating profiles: What to include and what to avoid

23 hrs ago
by Lindsey Lanquist