Ever wonder why some of the seemingly perfect guys can’t seem to settle down, but yet you can’t remember a time when they’ve been single? It may not mean they’re a hot commodity — they may just be a hot mess. 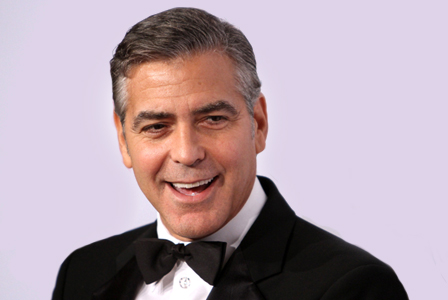 I’ve hit a certain point where my Facebook newsfeed is filled with engagement announcements. It’s depressing, so I turn to tabloids for relief. There I can take solace in everyone’s favorite pre-destined eternal bachelor: George Clooney. He’s not married and he’s not young, so I’ve still got time. And as much as I would like to see him wed, let’s be real — it may never happen.

What’s your favorite part of weddings? Is it the decor, the dress or the showcase of love? I don’t hate the wedding couple (usually), but I love to hate on weddings (“woe is me,” “my eggs will shrivel up,” etc.). So like most guys, I prefer the reception. Why? Time to mingle with the singles and binge on catered food.

Every year, there are at least a few weddings/receptions in my circle. Indian people are never scarce because we reproduce like rabbits (population=one billion and counting!). Since most of us are arranged before we even have the option to like anyone else, my mating pool is getting smaller, my patience thinner and my elastic waistbands bigger. But, when weddings roll around, I can drown my sorrows out with one comforting thing: Josh will always bring a new girlfriend. He changes girlfriends more than Kanye changes moods.

Josh is our community’s pride and joy. He’s taller than 5’3″ (have you ever seen an Indian NBA player?), a distinguished lawyer, religious, gorgeous, well-groomed and a mama’s boy. He knows his worth and on paper he’s quite the catch — although his relationship history is extensive. I distinctly remember his most serious one nearing the engagement point and it shattered seemingly out of nowhere. Every relationship thereafter was pretty serious, spanning a year or two, and always appeared so promising, yet it mysteriously ended.

What’s with these guys?

The world looks on George the same way my community looked at Josh. What was lacking? He aged like a fine wine — has accolades and respect — but yet he can’t settle down? Clooney has the unfortunate fate of life under a microscope — and thanks to this, it’s easy to spot he has commitment issues. But the average person isn’t so lucky, so how do you know someone you’re with has commitment problems?

The obvious perpetrator is the “player.” Brief dalliances are their forte. It’s typically easy to spot them (e.g. John “I-swear-I’m-STD-free” Mayer), but relationship addicts are more difficult. They’re emotional sociopaths (be scared!), never truly letting go and falling in love over and over again. They have several back-to-back relationships and you’re a needle in the haystack of experiences.

These “married-to-dating” types like the comfort, reliability and adventure of dating someone long-term. But the moment they start convincing themselves something is missing (around the “it’s getting serious” mark), you’re likely doomed! Serial daters fall hard, relatively quick, are faithful partners but suddenly a trigger happens and it’s like they can’t remember any of the “good times.” They’re over the relationship, and over you — until they can find a replacement. It’s a hot and cold transition, and they go from being all in to being all out. They are intense and even affectionate daters, and the relationship may have all the potential in the world, but that’s where they like it to stay — as potential.

Disclaimer: Of course you may be the one that’s different. But my advice? You can believe in “the exception” but never believe you are the exception.

So it’s really not you, it’s them. Long-term leeches tend to be afraid of something — commitment. Yes, you heard me. They convince themselves they are ready to be in a relationship and are mature enough to get involved in one. They try to tackle their commitment phobia by placing themselves into commitment. They often have little to no time being “single” in between relationships. They think that by being in relationships, it’ll groom them for the final relationship.

It doesn’t really occur that they may need time to be single to discover who they are or what they really want. They may expect to discover this along the way, but alongside a partner. If you suspect this is the case with you or someone you are dating, take a step back and allow yourself/them to grow. So often I’ve seen friends convince themselves they can save the relationship, but they never really stood a chance from the start.

I know, I portray relationship addicts as charming parasites that latch onto a host in hopes to survive (looks like Stephenie Meyer is onto something yet again). But the reason for the concern is because it’s hard to notice early on. So keep an eye out for this behavior — because you don’t want to end up another cover story in someone’s tabloid of exploits. You want to be the woman at the conclusion of someone’s biography.

What to do when your ex upgrades
The time I mixed booze, Facebook and my love life
Will I be single forever?