Lately we’ve heard whispers about a book called Forty Beads and its seemingly magical powers to transform a couple’s sex life from “meh” to “ah-mazing.” So, obviously, we wanted to know: How does it work? 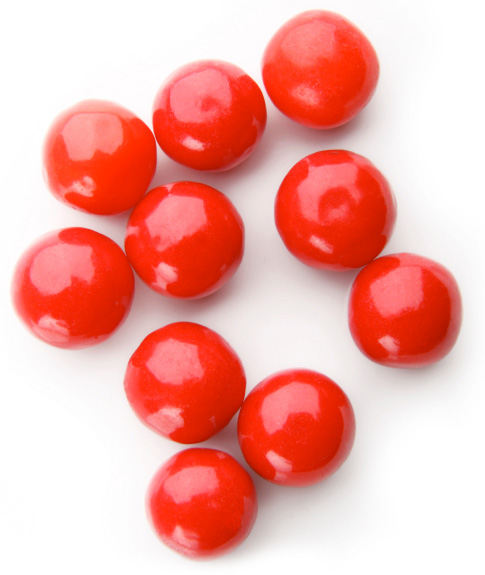 How a bowl of beads can rev your sex life

Lately we’ve heard whispers about a book called Forty Beads and its seemingly magical powers to transform a couple’s sex life from “meh” to “ah-mazing.” So, obviously, we wanted to know: How does it work?

We chatted with Carolyn Evans, author of Forty Beads: The Simple Sexy Secret for Transforming Your Marriage, to get her take on how her method works, why it works, and what changes you can expect when you get to the bottom of the bead bowl. 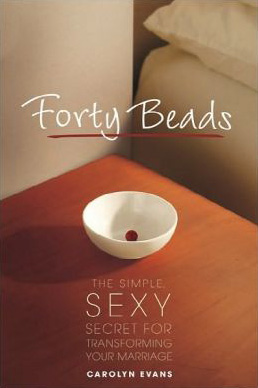 The gist of the Forty Beads Method is pretty simple: The partner with the lower sex drive (“usually, but not always the woman,” Evans says) is gifted 40 beads (literally just plain beads — you can use your own or buy the gift set) that he can drop one at a time into his partner’s bedside bowl (“Beadcatcher”) to signify that he wants sex. And in return, the partner must have sex with him in 24 hours (unless he’s exhibited some “true jerk behavior,” Evans says). That’s it.

What makes the simple method so successful, Evans told us, is the cut-and-dried communication of desire. It’s hard to be ambiguous when there are inanimate objects and a concrete agreement involved.

“Women love the 24-hour window because we’re often not ready at a moment’s notice, like the guys,” she says. “The Forty Beads Method creates the space for us women to get up for getting down. Anticipation is the key to why the method works — for both partners.”

This sounds like an awesome deal for the guys, obviously, but what about the women? We had to know: Does the woman get a chance to initiate sex, too?

“The Beads just go the one way — from the partner with the higher libido to the partner with the lower libido,” Evans says, “but a woman can drop a ‘Nudge Card’ — a card that simply says ‘Bead Me’ on it to send her hubby the signal that she’s interested in some lovin’.”

What positive changes you can expect

If all goes well, Evans says, your marriage will soon take a turn for the better:

“The Method creates a sense of abundance in the marriage that begins with all these beads that represent a whole lot of sex in the couples’ future,” she says. “That creates a major sense of joy and security for a man. Think about it. His wife is a sure thing. Then comes the anticipation. He is filled with all this love, adoration and appreciation for his wife for giving him this amazing gift, and he begins acting out of all that positive emotion, giving his wife the best version of himself. She, in turn, is strangely attracted to this man who is tuned in to her needs; he flips her sexual desire by emotionally connecting with her first. Meanwhile, they are both looking for the moment and I can tell you, when you’re looking for the moment, it appears. In short, the Method teaches couples to be intentional about their sex life and to treat each other the way they want to be and should be treated. And that makes a marriage better.”

But here’s the problem. Sometimes people don’t feel like having sex, especially if you have low sexual desire. If you have that sinking feeling of dread when you see a bead dropped into the bowl… too bad.

“You do it anyway,” Evans says, whether you’re in the mood or not. “Sometimes you have sex for the relationship, not because you have this burning hot desire to take a roll in the hay. Sexual desire is as slippery as a handful of wet salamanders. The least little thing can turn us off, like a sweaty gym sock left next to the hamper for the eleventy billionth time. The Forty Beads Method is about choosing to rise above all the pesky, petty grievances that threaten to take us down daily.

“Also, like I always tell women: Sex can take less time than unloading the dishwasher. So why not just get to it and enjoy all the benefits your relationship gains from making that physical connection?”

Why sex is important

Regular sex in a committed relationship is something that’s harder and harder to come by in an increasingly busy world, Evans says. But it’s important to “just do it” for the sake of a connection.

“Sex is what brings us together,” she says. “It’s also the number-two problem (behind money) that drives us apart. The physical connection reinforces the emotional connection. Without it, you’re just good friends. And some (albeit, few) people are fine with that. The problem in our too-busy-to-be-bothered culture is that we’re finding less and less time to figure out the when around sex in our marriages. And then we wonder why the marriage is falling apart.”

Evans says she’s attempting to find that “when” for couples with The Forty Beads Method. Plus, she says her experience serves as a testimonial — she went through the experience and came out better on the other side.

“The biggest personal change is that the beads have dramatically increased my libido,” she says. “The biggest change in the relationship is that I feel consistently emotionally connected to my husband and he feels the same way about me.”

One perk for your wallet: The beads don’t have to be a one-time, one-use purchase. Evans says Forty Beads can be utilized by a couple indefinitely… or “whenever they get off track.”

Have you tried the Forty Beads Method? Would you try it? Share in the comments below!

Football-inspired sex positions for halftime
Lingerie slips that are delightfully NOT Victoria’s Secret
What is tantric sex?