Cancer — just the word embodies a human with fear and apprehension. And yet, every day, it attacks countless people — many of them women of child-bearing age. If cancer touches you, what does that mean for your fertility? We ask the experts. 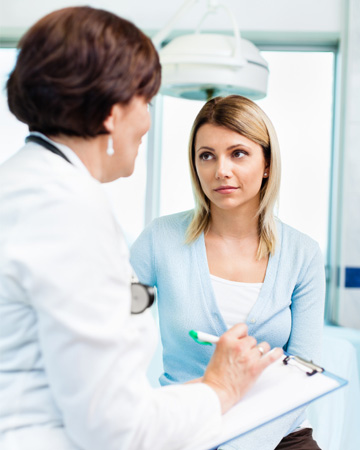 The risks are real

“Cancer is an emergency, and often, issues such as fertility preservation or sexual health fall by the wayside. After I was diagnosed with leukemia, I was shocked to discover online that the chemotherapy treatments I was scheduled to undergo would most likely leave me infertile,” says Gabrielle’s Angel Foundation Angel Ambassador, Suleika Jaouad, who is currently battling leukemia. “My doctors had never mentioned any fertility preservation options. At age 22, I felt strongly about freezing my eggs. Preserving my ability to have children one day felt like my only lifeline to an already uncertain future.”

“Both cancer and the treatments for cancer can interfere with women’s fertility and also their normal sexual and general reproductive function,” says Dr. John Norian, M.D., FACOG, Reproductive Endocrinology and Infertility, at HRC Fertility in Rancho Cucamonga, California.

What are the risks?

Ovarian cancers directly affect the gonad where the oocytes (or eggs) are located, while cancers of the endometrium (the lining of the womb) or cervix directly involve the reproductive tract. The chemotherapy and radiation treatments of other types of cancers (e.g. breast cancer, lymphomas or bone cancers) also can damage the ovary and greatly impact a woman’s future fertility. Certain treatment protocols will increase the chance that a woman goes through menopause sooner than she likely would have otherwise.

“Certain classes of chemotherapy impact a woman’s fertility at different rates. Alkylating agents, such as cyclophosphamide, procarbazine or chlorambucil, are particularly bad for the oocytes and follicles surrounding them. Radiation regimens, either pelvic or total body radiation, may also increase the likelihood of ovarian failure, thus decreasing one’s fertility. Dose-effect curves are seen with both chemotherapy and radiation therapy. That is, with higher doses of certain cancer treatments, ovarian failure rates also increase,” says Norian.

Breast cancer treatments in particular, such as chemotherapy, may cause infertility. “About one third of all women under the age of 40 who receive chemotherapy go into permanent menopause,” says Dr. Shari Goldfarb of Memorial Sloan-Kettering Cancer Center, who is an expert on cancer’s effect on sexual health and fertility in cancer patients.

Of those over age 40, two-thirds who are between 40 and 45 develop permanent menopause. In addition, endocrine therapy such as tamoxifen, typically administered for five to 10 years, may delay childbearing. Many women of reproductive age with cancer would prefer to preserve their fertility and ovarian function, if possible. However, currently available information is insufficient to predict the likelihood and extent of ovarian damage that will be suffered by an individual woman.

It is crucial that women (and men) feel comfortable discussing fertility and sexual health issues with their doctors, says Suleika. “As a patient, it is your right to learn more about how your treatments may affect your body and future. Survivorship is about much more than just beating cancer — it’s about attaining a certain quality of life. And preserving your fertility is a big part of that.”

“Young women who are currently interested in preserving their fertility are offered ovarian stimulation prior to initiating their adjuvant therapy,” says Goldfarb. The safety of this is unknown since there is no long-term follow-up. However, aromatase inhibitors such as letrozole are often administered simultaneously with ovarian stimulating drugs to blunt the rise of estradiol during the fertility preservation treatments.