SheKnows was on set at Anderson Live this morning where we hung with the co-hosts and scored dating advice courtesy of Tyrese and Reverend Run! 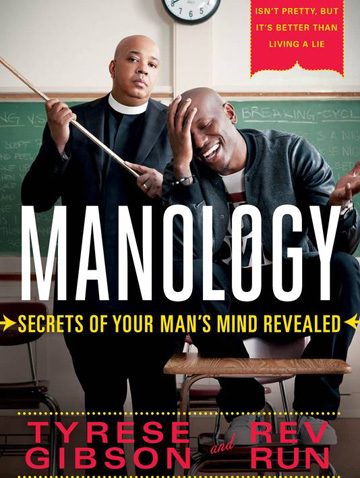 This morning in Manhattan, SheKnows was up bright and early to attend a live taping of Anderson Live where we were their Blogger of the Day and got to live-Tweet from their NYC studio set.

Although Anderson Cooper himself wasn’t there since he was reporting live from Vatican City on the new pope, Stacy London and Isha Sesay did a great job filling his shoes as co-hosts.

Our favorite segment on today’s show was with Tyrese and Reverend Run, who discussed their new book Manology: Secrets of Your Man’s Mind Revealed. According to Tyrese, who’s a single dad and always ready to mingle, one major mistake women make is revealing too much too soon.

“A lot of times when a woman goes out on her first couple of dates, her getting-to-know-you process may be opening up and spilling too much information,” Tyrese says. TMI topics to avoid early on include exes and guys who cheated or wronged you in the past.

But co-author Rev Run, who’s happily married, understands where women may be coming from when they want to communicate past issues they’ve had right away. “I think that communication is very good… she’s also saying ‘Listen, mister, don’t do this to me. I’m communicating to you not to do this to me because I didn’t like the way I felt in my last relationship, so I wanna let you know,'” he adds.

Do you agree with Tyrese in avoiding TMI or being honest right up front like Rev Run? Share in the comments below!