Patrick and Sophie may live an ocean apart, but that didn’t stop love from blossoming. Now engaged to be married, they share their sweet love story with us. 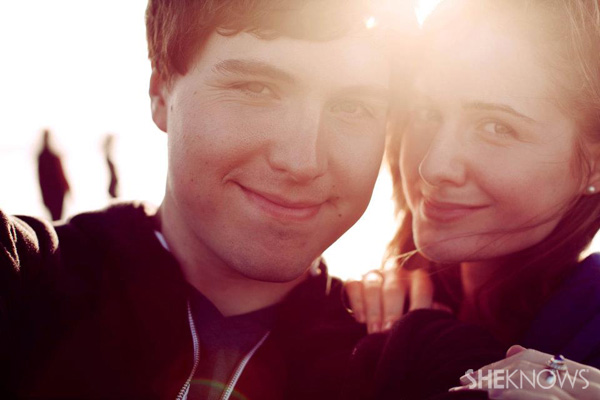 Patrick, born and raised in Portland, Oregon, never knew that he’d meet his future wife on the internet — or that she’d live so far away. Sophie, who lives 5,000 miles away in England, caught his eye on the popular photo-sharing website Flickr, and the rest is their love story.

Patrick, a cinematographer, didn’t spend a lot of time dating before he met Sophie. His work kept him busy, and video games occupied his free time. Sophie was also very focused on work and didn’t explore her local dating scene in depth, either. “I’d always been very certain of what I’d wanted in life and the sort of person I wanted to be with, so for a long time, I was very much focused on work and my future and hoped that maybe one day someone right for me would show up!” she happily shared.

When you think about meeting someone on the internet, your mind often travels to the subject of internet dating websites. Sophie said that she didn’t have an opinion about online dating, although she was very aware that one must proceed cautiously as what is presented online isn’t necessarily the truth. “Having said that, it can also be incredible for a lot of people,” she explained. “Whilst neither of us dated online or had ever planned to meet someone online, we were fortunate enough to find each other on Flickr.” 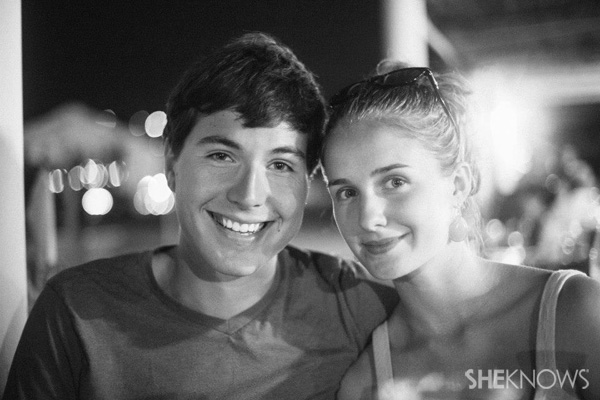 Patrick had started a 365 project on Flickr, the idea behind which is to take a self portrait every day for a year. As it turns out, Sophie was doing the same thing, and they were both posting to the same Flickr group. “Sophie commented first on my photo, and it was lovely to get some words of encouragement that happened to be from a cute girl under the username of ‘Crashbangsqueak,'” Patrick remembered fondly.

Sophie was one of Patrick’s first Flickr contacts, and he was able to strike up a friendship using that common ground. “Having the 365 project in common broke the initial barrier of speaking to a stranger and gave us something to talk about,” he said. Patrick continued posting daily to Sophie’s photos, believing she had more talent than him, and after a few weeks of exchanging comments, he asked if she’d be interested in instant messaging. “Thankfully she accepted,” he said.

They discovered that chatting online had distinct advantages. “Unlike meeting someone in person, we had no expectations and there was no pressure,” he told us. “Instead of worrying about everything, we were able to just talk openly and honestly, and before we’d even met, we knew more about each other than we’d ever shared with anyone else.” They realized rather quickly that it was important to be in each other’s lives, and they made time to chat via instant messaging, video chat or via cell phone — even if it was just for a short time — as often as they could. 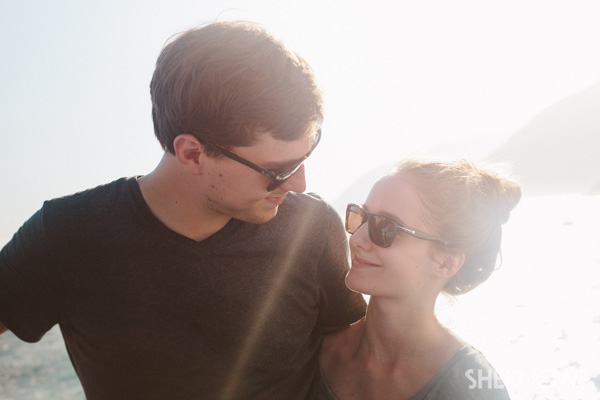 The first meeting, and true love

After speaking online for a year and a half, they knew that they had feelings for one another and started making plans to meet in person. This was no small task, considering the distance involved, but they both felt that they needed to take this next step, as friends, to see if any additional feelings would develop. “We knew we needed to meet as friends to see if we felt the same after spending time together, and then decide if we wanted to tackle a long-distance relationship,” he recalled.

The good news? They clicked right away. “After a few days of adventures and hundreds of photos, we had become pretty inseparable,” he remembered. Thus began a series of travel for the pair — alternating who visits whom, and it has resulted in a lot of experiences they might not have had if they hadn’t met. “We may live 5,000 miles apart, but we’ve worked hard to make sure we can spend just as much time together as a regular couple, if not more,” he said.

Patrick asked Sophie’s father for his permission to marry Sophie, and he had to time it just right during a visit there. “I worked up the courage to ask for his permission to marry Sophie, which was one of the most nerve-racking experiences of my life,” he explained. “Thankfully, he was incredibly happy for us and pleased to have me become a part of their family, and I was given the go-ahead.”

Patrick planned to propose during her next visit to America, as Sophie loved the Pacific Ocean and it held special meaning for them both. “Sophie arrived in Portland the day after Christmas and had been held up at the U.S. border and was shaken up from the experience,” he told us. “At that moment, I honestly felt that I needed to ignore the proposal I’d planned and get down on one knee and propose to her so she could let her mind be at ease, I had the ring ready in my pocket, but I decided against it and waited.”

A few days later, they drove to the coast, and on the second day, he took her to Pacific City, where they climbed the 120-foot Cape Kiwanda sand dune that offers a spectacular view across the ocean. A tradition of theirs during their travels is taking a photo of them together — Patrick sets up a tripod, pushes a timer, and the photo is taken. This time, Sophie didn’t know that it would be an extra-special photo.

“I quietly pulled out the ring from my camera bag and got the camera ready for another photo,” he recalled. “After a few minutes, the wind had picked up, and I could see Sophie getting cold and that she was wondering what was taking me so long, whilst my brain was going a million miles an hour thinking, ‘Goodness, am I really going to do this?’ When I finally had the camera ready, I started the ten-second timer and jogged over to her. Sophie was expecting me to put my arm around her as usual, but instead, I got down on one knee and asked for her hand in marriage. The camera took the photo and honestly captured the most important moment of my life.”

It was, of course, a highly emotional, life-changing event for Sophie, too. “I was just so incredibly happy and overwhelmed,” she shared. “I’d always known that he was the one, yet he still managed to make the whole thing a complete surprise, and I will honestly never the forget the shock and joy of turning around to see where he was and finding him on one knee with such a look of hope and excitement.” 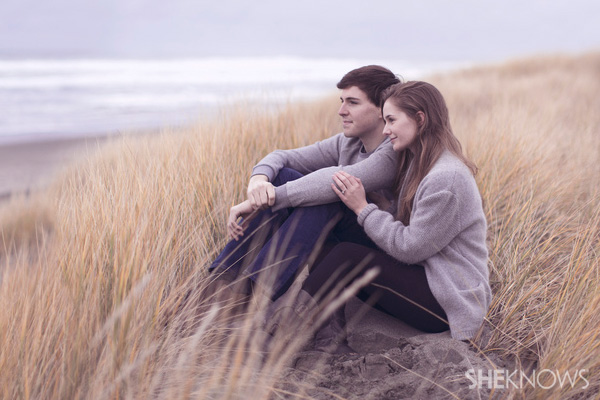 They are currently in the process of applying for a fiancée visa that will allow them to marry. Once the legal paperwork is in place, Sophie will relocate to Portland, where she plans to work as a fine art and wedding photographer. They’ve found their future home and are so excited about the next phase of their lives.

“I think I’m most looking forward to waking up in the morning beside Patrick and not having a mental countdown ticking off the time we have left together,” Sophie happily shared. “No matter how long we’ve spent together, we’ve always had a timeline looming over us, reminding us that one of us would soon be leaving and that we’d be going through the emotionally draining process of being 5,000 miles apart in different time zones. I can’t wait to be able to just enjoy life with him and know that we can spend the rest of our lives together. I think getting off the plane in Oregon knowing that we are never going to be apart again is going to be huge for us.”

The secret to a happy relationship: Be selfish
Quiz – Is it true love?
Moving in with him: Beautiful bedding that’s manly enough for your guy