The new “Indie Woman” isn’t a sad-sack Bridget Jones type or a lovelorn shut-in. According to new research, childless women over 27 who live alone are successful, social and — most importantly — happy. 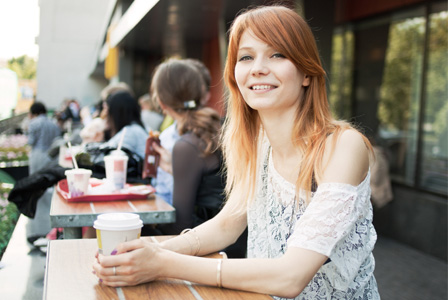 When it comes to how American women live, the times, they are a-changin’. For the first time in history, less than half (49 percent) of adult women in the U.S. are married. Compare that to 50 years ago when 75 percent of all adult women were married. With so many single ladies making up the U.S. population, it’s high time to readjust our perception of what it means to be a single, childless woman in the year 2013.

Let’s tick off some unmarried woman stereotypes: Sad. Cat lady. Antisocial. Hates men. And those are just the ones we can think of off the top of our heads. A new poll from NBCUniversal Integrated Media’s The Curve Report shows that there are a ton of tropes about unmarried, childless women past the average marrying age of 27 who choose to live alone — “Indie Women” — that simply aren’t true.

Statistics are great, but we wanted to ask a few Indie Women themselves why they love their lives or, to put it bluntly, why being an independent woman is flat-out awesome. Here’s what they said:

Chime in and tell us what you think! Click here!

Single? Comebacks about why you’re unattached
Is it love, or are you just lonely?
5 Outrageous ways to get over a breakup with food