Sure, running a 5K is outstanding — but wouldn’t it be more impressive if you were also being chased by zombies? Or getting showered with handfuls of multicolored powder? 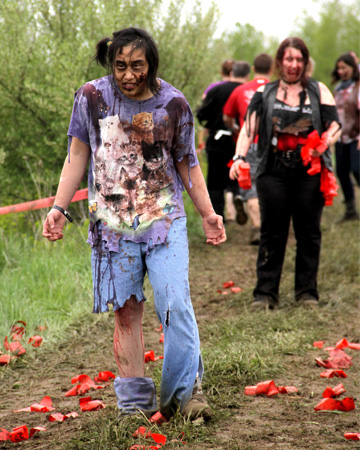 A thumbs-up to the zany is happening with many of the nation’s races. These creative twists on traditional races feature downing food, running at night or wearing next to nothing is gaining ground.

We’ve combed through some of the most popular crazy races in the nation and encourage you to enter one of these fun runs.

Run For Your Lives

Based on the popularity of the The Walking Dead comic book and television show, the Run For Your Lives, or zombie run, has runners navigate an obstacle course while trying to escape fellow participants who are made up like zombies. You’ll be outfitted with a flag belt, as in touch football, representing your health and energy. Passing by stages like “Apocalypse Pass” with waves of up to 500 “living dead,” you may also swim through “blood” pits, and other barriers. The stark, staring (and sometimes running) zombies’ goal is to nab your red banners, which ends your course if you lose them all. Those who get through the course with at least one of their “health flags” are declared winners. And don’t forget about the Apocalypse Party after the run, where you can meet the zombies face to face! Races are held annually from April to December in Arizona, Florida, New York, Ohio, Tennessee and Texas, and other locations.

The annual Celebrate America Underwear Run is one of the most popular underwear runs in the world and is a Guinness world record holder of “largest gathering of people wearing underwear.” The 1.7-mile run takes place in Central Park each year to raise awareness for the New York City Triathlon. It’s advertised as having “no transitions, no timing chips, no expensive race gear, just 500 strangers running around in their underwear.” Organizers encourage participants to dress like Captain America, Mount Rushmore, the Statue of Liberty or other American-based themes. 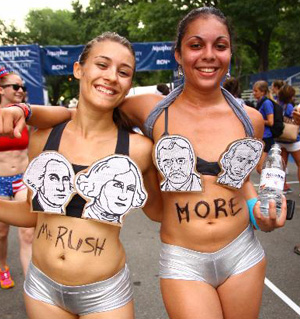 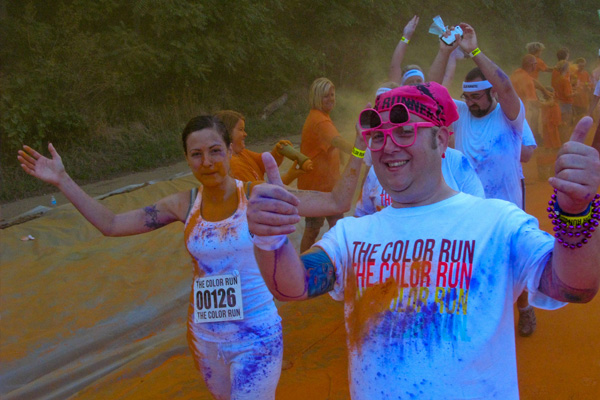 Every year in India, people take to the streets in early March for a celebration called Holi, celebrating spring by splashing each other with bright, multicolored powders. Now the spirit of that tradition has jumped continents and morphed into a 5K run. Already going strong (and selling out quickly) in more than 100 locations in the US, the Color Run has swept the nation with sweet, powdered fun! You’ll start off white as a ghost, but for each mile you run, you’ll be bombarded with a blast of yellow, blue, orange, and pink 100 percent natural powders. Sponsors of the race say that the ending is “a color extravaganza of epic proportions.” 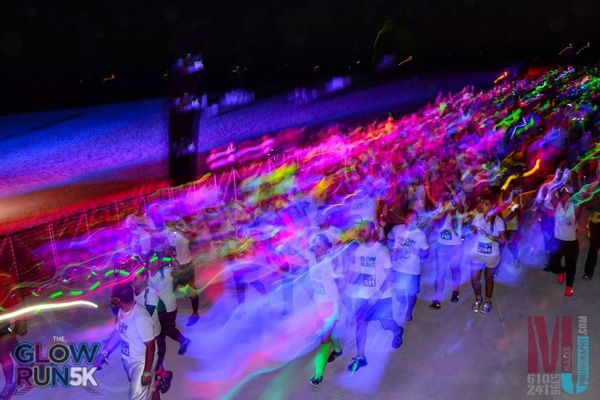 This illuminated nighttime 5K race kicks off after sunset so that the runners (and the course) will light up the road with colorful accessories, like necklaces, arm, leg and headbands, all in radiant neon hues. The Glow Run also includes black-light zones, and a DJ pumping out the latest in music at several stations. Then there’s an after-run celebration with live music.

The Glow Run 5K event is all about having fun with friends and family while shining on the course. Race officials suggest self-timing for a finish time.

Backward running: Why you should be doing it
20-Minute treadmill workout
A beginner runner’s guide