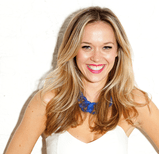 To make your dating life as successful as possible, we’ve pulled together a top tier list of dos and don’ts to flirtexting etiquette, or as we call it, flirtextiquette. 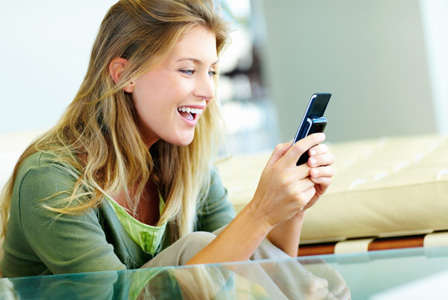 As best friends and co-founders of Flirtexting, our journey began four years ago when we noticed how much we found ourselves copy editing one another’s flirty texts to potential suitors. Traditional girls at heart, we had questions like, “Should I throw in an emoticon so he knows I’m kidding,” “Did he just invite me to a fart party or frat party?” and “What’s the latest I can send this text before it becomes a late night booty text?”

DO send him a thank you text post-date even if there were no sparks.

DO text him back within 24 hours. Anything beyond that reads that you’re not that into him and his texts. Since our little black books have gone digital, people have come to expect immediate responses. It’s OK to wait a little bit to get back to the person who is courting you, but avoid waiting too long.

DO pick up the phone if he calls and you like him. Don’t be afraid to have a phone conversation with him! Texting back in response to his call shows disinterest.

DO store your cell phone while on a date. Checking your phone or even having your phone out on the table gives off the vibe that you have something more important going on.

DO text him a funny quote from his favorite movie during the day when you’re thinking about him. If he responds back with an equally funny line, expect to engage in a battle of the quotes!

DON’T text your ex when you’re lonely and vulnerable just because it’s an easy way to get attention. You will regret it later.

DON’T T.U.I. (Text Under the Influence). Any text sent while under the influence of alcohol, Ambien or a good Ryan Gosling movie is a bad idea.

DON’T kid yourself. If he only texts you past 10 p.m., he’s probably just looking for a good time.

DON’T send a racy photo text before you are in an exclusive relationship. Doing so puts your photo at a high risk of being forwarded among his buddies.

DON’T purposely send him a mis-text to try and make him jealous. He’ll see right through your needy outreach and find a new girl to text.

DON’T go overboard with abbreviations and emoticons. Overzealous “LOL” and emoji usage can read as eager to please. Plus, it’s still more attractive to spell out your words while in the beginning stages of a relationship.

5 hrs ago
by Sara Dobie Bauer