You’ve heard the phrase about women running backwards in high heels, right? Minus the heels perhaps, running in reverse isn’t a joke after all. 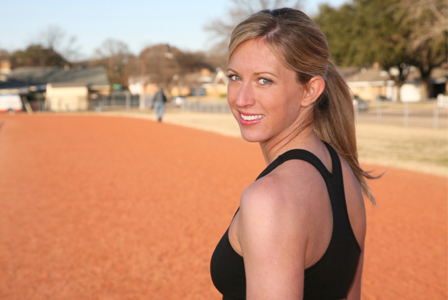 Backward running is not only a fun way to burn calories, it also offers strength and posture benefits that regular running doesn’t.

If you’ve seen those “crazy” people running backward at the track or on the treadmill at the gym, you may be wondering if it’s some newfangled way to work out. Believe it or not, reverse running is not new. It surfaced as an activity in its own right almost 40 years ago, when sports doctors began recommending the method to rehabilitate injured athletes.

According to Dr. Barry Bates, professor emeritus at the University of Oregon, backwards running is a more efficient way of moving compared with runners who run forward. The human performance expert has conducted research on backwards running that indicates that reverse runners need to move at only 80 percent of the speed of those who run in the conventional direction to get the same fitness benefits. A pioneer in the field of biomechanics and neuromuscular development, Dr. Bates says he stumbled upon retro running in Runner’s World, which reported that many athletes use backward running to recover from injuries. “Athletes have used it as part of their training for years, but not as an exclusive activity. It is often used in combination with forward walking/running to create a better-balanced body,” he says. Reverse running decreases the impact on your joints. So it’s not surprising that it’s often recommended for knee and back problems.

And there are hidden advantages to this novel approach. Running in reverse motion is said to make you fitter (and faster) than running forward. Another backward-running expert, James Bamber, says reverse running benefits include strengthening your foot muscles and improving your posture.

In addition, the very nature of the backward movement targets your posterior muscles. Running in reverse is a great way to tone and strengthen your calves, hamstrings, glutes and back.

How to get started with reverse running

Ready to get running in reverse? The best way to incorporate backward running into your workout program is by first walking backward. Janet S. Dufek, PhD, an associate professor at the University of Nevada Las Vegas, recommends reverse walking on a treadmill, where you can use the rails for support. “Try walking forward for five minutes and backward for two minutes, then repeat the pattern throughout your workout.”

If you want to become a reverse running enthusiast, experts like Garret Doherty advise practicing every day. Doherty suggests starting out walking or running short distances backward, switching to running forward and repeating for as long as you need until you’re comfortable.

On the field, Doherty recommends that you run 50 meters backward and then do 50 meters forward. Repeat. You can increase this distance as you feel more confident.

Are there any downsides to reverse running? 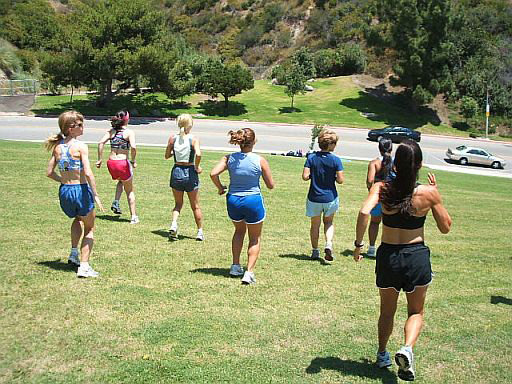 Other than the obvious fact that you can’t see where you’re going, there may be a bit of pain in the neck if you strain to look over your shoulder. “Safety is a critical issue with this sport,” Dr. Bates warns. “Find a good hard surface that you don’t have to worry about and where you don’t want to have to keep turning your head.”

He also advises running with a partner if you want to run in a public place such as a park. Hold hands and take turns, with one of you running/looking forward and the other running in reverse.

No matter which technique you use to practice running in reverse, you’ll achieve your fitness goals faster. Bates says that physiologically, the demands of running 4 miles an hour backward are the same as running 5 miles per hour moving forward! So backward is onward and advancing.

21 hrs ago
by Dr. Lexx Brown-James