Lisa and Brent met online and intended a business partnership — until love got in the way. This is the story of how they discovered they were truly meant for one another. 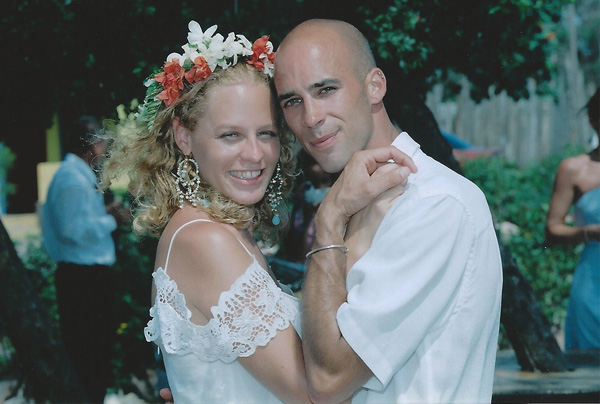 Lisa, born in St. Andrew, Jamaica, grew up all over the world, but an online community is where she found her true love, Brent. Here is their story.

Lisa had a lovely childhood filled with awesome experiences. She was born in the island nation of Jamaica, moved to the United Kingdom when she was 3 and spent summers and holidays in Jamaica. During middle and high school, she lived in the United States, and settled down in Jamaica again when she was a teen. She had a large extended family that she visited on a regular basis. “We’re all very close, and I am truly grateful that I grew up exposed to as many cultures and places as I was,” she said. “My father’s family had a small farm in Temple Hall, St. Andrew, and some of my earliest memories were of that farm.” 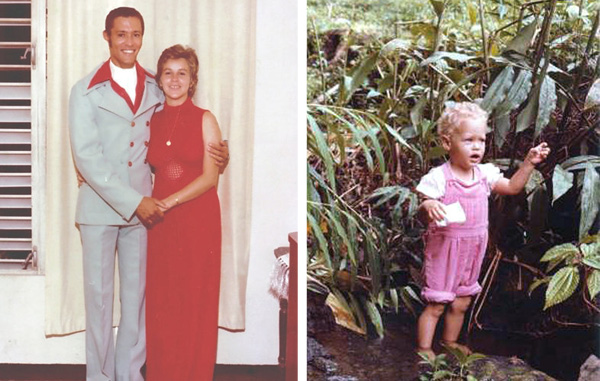 Her mom and dad met and married in their 20s. By the time Lisa was 2 years old, their relationship had become a friendship. An amicable divorce followed, and her mom and dad kept on friendly terms until her dad passed away last year. “One of the things I am most grateful for was how they both conducted themselves after their romantic relationship ended,” she shared. “I never felt the tug and pull that some children experience after a divorce.”

Lisa participated in a large online community website for people interested in body modification, which was where she initially met Brent. “He was, at the time, fairly well known in the industry, and I contacted him with some questions about a particular piercing I was interested in,” she explained. After a few months of casual conversation, she jokingly invited him to Jamaica. To her surprise, two weeks later he flew to Kingston.

Lisa’s relationship with her father was very strong, and when she mentioned that a man she met online was traveling to meet her, he insisted on being there, too. So the first time Lisa met Brent, he also met her dad. “Later on in our relationship, Brent had confessed that Dad had pulled him aside when I wasn’t paying attention and informed him of just how he planned on disposing of him if he so much as put one foot in the wrong direction,” she recalled.

From business partners to love

While exploring the island, Brent was captivated by the sheer number of Great Houses (plantation homes) that had been abandoned by their owners. He was inspired by Lisa’s previous comment that she’d always been interested in restoring one, and soon they were devising plans to attract investors to their business of restoring the beautiful old homes.

Lisa was immediately attracted to Brent, but she didn’t realize how deeply she felt about him at first. “There was a healthy dose of attraction from the very beginning, and that muddled things right off the bat,” she explained. “Looking back now, it’s amusing to think of how formal we tried to be with each other at first.” They both had recently come out of serious relationships,  and neither was looking to date, much less commit — but she knew that she loved him when she dropped him off at the airport.

“There was this immediate sense of loss,” she shared. “I felt like if I didn’t go after him, I’d be making the biggest mistake of my life. We had only just started gearing up to find investors when Brent got a job offer he couldn’t refuse. At that point I was faced with two choices: the dream or the man.” 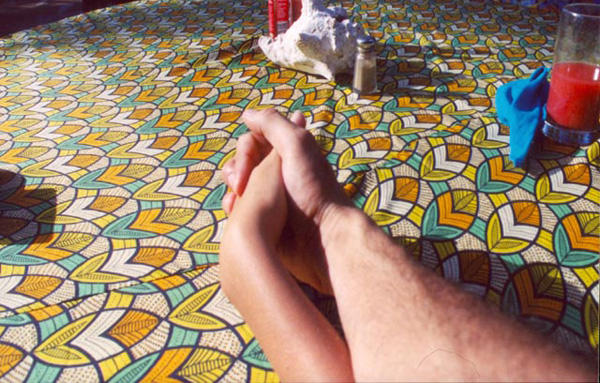 Lisa took Brent to a place called Jake’s for an evening out. “Stripped down to the core, you get to experience the real Jamaica, unlike the monstrous, all-inclusive hotels on the North coast,” she explained. During dinner, a rainstorm unleashed on the area, and once it was over, the whole area was covered in frogs. Not much scares Lisa, but she admits that she is terrified of frogs. “Brent carried me the entire half mile back to the hotel where we were staying,” she said. “It was our first real date and eventually we ended up getting married at Jake’s.”

Lisa and Brent made a mutual decision to get married — it was not a romantic proposal, but one that they both knew was important to them both. They were married in Jamaica at Jake’s, and though everything was incredibly beautiful, it was a casual affair. “My dress was made by Frances Keane, one of Jamaica’s most famous fashion designers,” she said. “She pioneered cutwork lace and embroidery in the field. I only had one stipulation for her and that was the dress had to be made of cotton. I didn’t want to look like a confection and I didn’t want to melt on the beach.” 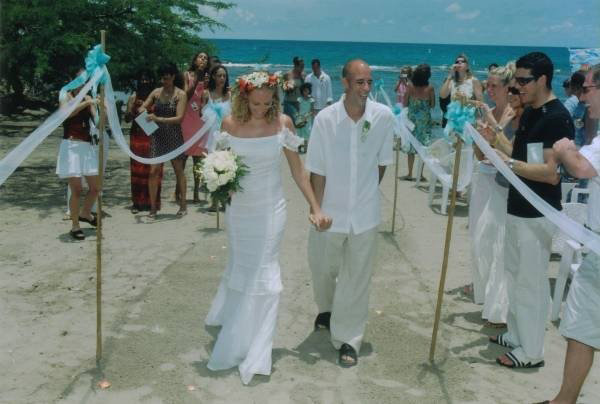 Brent was in charge of the menu and went with traditional Jamaican fare, such as ackee and saltfish on bammy (cassava) rounds, mini lobster pizzas and smoked marlin. They nixed the idea of a traditional wedding cake and, as they both are fans of pie, served two varieties — French silk (Brent’s favorite) and coconut cream (Lisa’s favorite).

They settled down for four years in Cleveland Heights, Ohio. “I’m sure you can just imagine the culture shock of going from the Caribbean to the midwest,” she said. She describes their early years of marriage as sort of growing up together, as they were young (she 22, he 28). “There is definitely something to be said about the kind of emotional stability that marriage can provide,” she shared. “I’m almost certain that I wouldn’t have pursued half the things I have over the last eight years if I didn’t have Brent quietly cheering me on from the sidelines.” 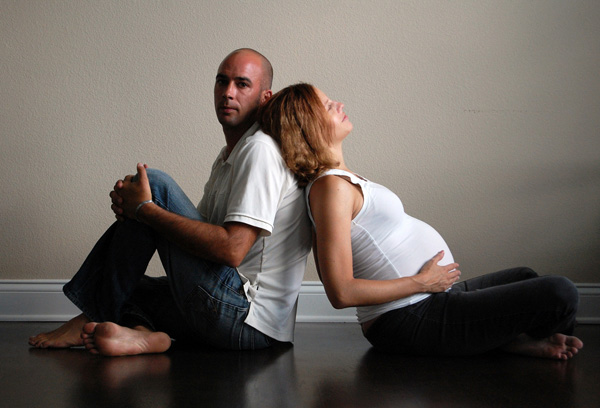 Pregnancy and parenthood was another adventure they decided they could go on together. Much to Brent’s dismay, they became pregnant in the first month they tried to conceive (he had been assured by friends there would be several months of trying). During the pregnancy, they moved to Florida and purchased their first home. 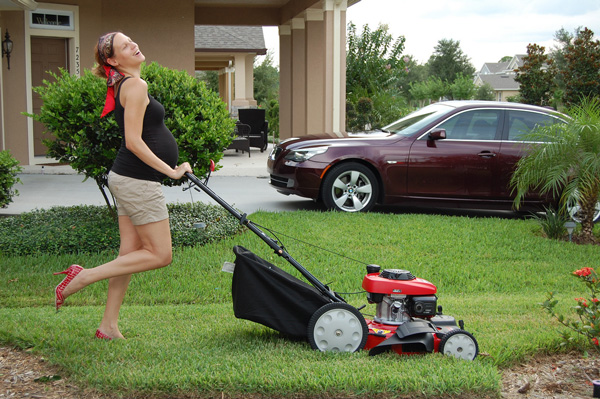 Lisa was unaware of how uncommon midwives were in the U.S. In Jamaica and the U.K. they are highly regarded birth professionals and attend nearly all births. It took some convincing on her part to get Brent on board, but once he was, he became a huge advocate of midwifery. “This rough, usually unshaven and tattooed man would wax poetic about pregnancy and birth choices to his clients and fishing buddies,” she said.

Cavan was born on their kitchen floor, in front of their stove. “I believe I ended up in the kitchen because it is the area of my house where I feel most at ease,” she remembered. “It’s like the epicenter of our home and given Cavan’s appetite from day one, it seems fitting to me.” 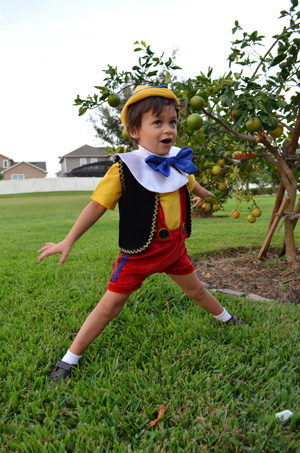 Making your relationship a priority can be hard after several years of marriage, and even more difficult after kids. Lisa credits their outside interests as a key factor in keeping the spark alive. She acknowledges how easy it is to allow the daily grind to sneak up and strangle your relationship, but she feels that making it a daily priority is so important. “Marriage is work and anyone who tells you otherwise is living on a different planet,” she said.

Becoming a dad has really transformed Brent, Lisa said. “He thinks a lot more long term now. It’s been interesting to see him evolve as a man and how Cavan has softened him, made him more empathetic,” she explained. “There’s no real room for selfishness when you become a parent, and while we sometimes miss our footloose and fancy free life (particularly when Cavan crawls into our bed at quarter to 7 on a Saturday morning), the joy this child has brought to our lives can’t be quantified.”

Activities every couple should try
Is newlywed bliss real?
3 Ways to take your marriage from good to great