Did you know that in the United States more women than men die of coronary heart disease? What used to be typically a man’s health issue is now a pressing concern for women’s health. Learning as much as you can about heart disease is a first step in reducing your risk. Here are the most recent research and findings.

Related story These Are the Best Exercises to Improve Heart Health 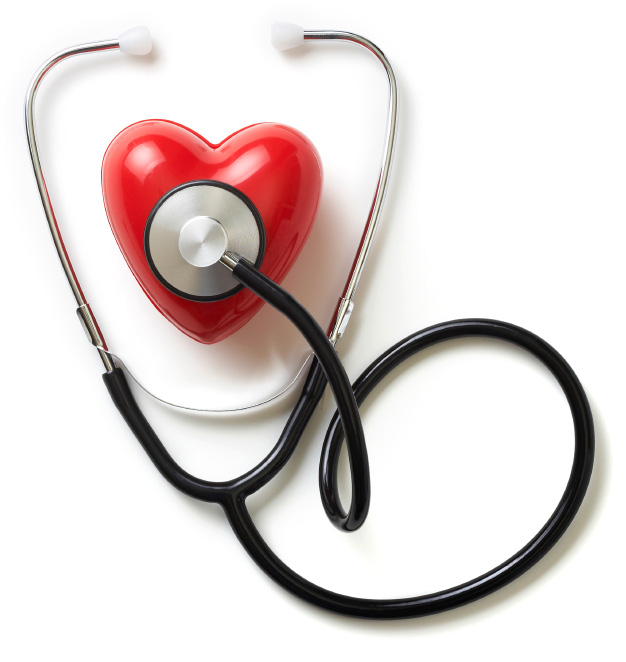 Findings that can save your life

Did you know that in the United States more women than men die of coronary heart disease? What used to be typically a man’s health issue is now a pressing concern for women’s health. Learning as much as you can about heart disease is a first step in reducing your risk. Here are the most recent research and findings.

Women are more likely to die of a heart attack

When women show up with their first heart attack, 52 percent of them die from sudden cardiac death. In men, it’s 42 percent. This is true even if women don’t have significant blockages in their vessels. Women’s predisposition to heart disease is not only a new outlook for many doctors, it also contradicts the expectations of most women, who are generally more concerned about cancer than heart disease. This is despite statistics that show that out of every 2.6 women in the US dies from heart disease, while one out of every 4.6 females dies from cancer.

One reason is that in women the disease may have progressed further without the patient knowing it. This is partly because women don’t seek out cardiologists as much as men do. Plus, when many doctors see female patients, they don’t treat women as aggressively as they treat men. They underutilize the American Heart Association guidelines for treating women, which at the moment are identical for both sexes.

Another reason for the misperception that women are less prone to heart disease is the differences in how symptoms show up in women and men. Chest pain, or angina, is a classic male heart attack symptom, while women experience “angina equivalent.” This is pain in the upper back, fatigue, shortness of breath or profuse sweating. It’s not as dramatic or clear as angina and typically not as well-known.

“Broken heart” syndrome describes the condition of an elderly woman with recent emotional distress who has a heart attack. It is a temporary heart condition brought on by stressful situations. Everything looks like a heart attack, but there are absolutely no blockages — yet it is a heart attack. What most likely occurs is that the heart wasn’t getting enough oxygen due to a response to a surge of stress hormones. The heart muscle becomes acutely damaged, though not bad enough to last an extended period. The condition typically reverses itself in a few days.

So is there an emotional connection? Does “sadness in the heart” somehow affect it physically? Science is still searching for those answers.

Symptoms of a heart attack for women >>

Research shows that statins, medications used to treat high cholesterol, may have yet another health benefit. One of the side effects of chemotherapy to treat breast cancer is the possibility of developing heart damage and subsequently heart failure. Women being treated for breast cancer with anthracycline chemotherapy tend to experience less heart damage if they are also receiving statins, according to a study published online in the Journal of the American College of Cardiology. If you are receiving chemotherapy for breast cancer, talk to your doctor about these findings to determine if your treatment plan should include statins.

One more reason to kick the habit of smoking is the risk of sudden cardiac death (SCD) in women. This is a finding noted in new research from the Nurses’ Health Study, with more than 100,000 women who had no known cancer or cardiovascular disease. The risk of SCD was significantly elevated in current smokers and former smokers, compared with women who never smoked.

Women who are light or moderate cigarette smokers still have an increased risk of SCD. The risk of SCD is twofold for light smokers and threefold for moderate smokers (more than 25 per day). Every five years of continued smoking raises your risk by 10 percent. However, if you quit smoking today, then your risk reverts to normal after 20 years of abstinence from smoking. The best solution is to not even start.

Sugary drinks may be linked to stroke in women

It would be wise to stay away from sugary drinks not only to lower your chances of weight gain, but also to reduce the risk of stroke. According to a study published in the American Journal of Clinical Nutrition, consumption of sugary drinks may be associated with an increased risk of stroke in women.

Why are there such differences between men and women? One factor may be the hormonal variances in women over the years, which can affect the vasculature of women to some degree compared to men.

Overall, women should continue to educate themselves and maintain a healthy diet and keep active for a better cardiovascular health.

At-Home Exercise Equipment Every Fitness-Lover Should Own