You’ve already devoured the Fifty Shades of Grey trilogy — so what’s next? We asked prominent erotic-novel authors and publishers to give us their picks for the dirty books you just *have* to read in 2013. 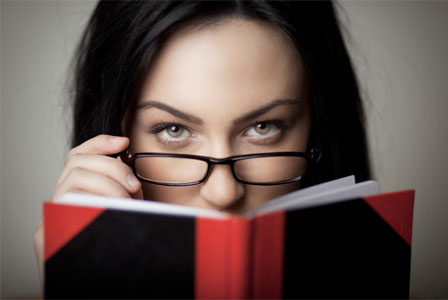 Warning: After reading these, your sex life may improve dramatically! (Also, check out the books that our sources have written and edited for even more sexy suggestions — we linked to all of ’em!)

Bared to You
by Sylvia Day

“Megan Hart has made a name for herself by writing sensual stories with realistic characters and believable scenarios. Dirty explores one woman’s shift from no-strings sex to all-encompassing obsession in a way that is both credible and extremely hot. If you’re new to this author’s work, start with Dirty and you’ll want to read everything she’s ever written.” — Wright

Asking for Trouble
by Kristina Lloyd

“A shy heroine comes into her own erotically by spying on her sexy neighbor, and being spied back on. Their dance of pleasure and seduction is drawn out perfectly.” — Kramer Bussel

“Her first book on the New York Times and USA TODAY bestseller lists. Everyone adores her New Species characters — genetically altered humans, the best kind of alpha males: not only strong and valiant, but protective and caring and loving. Once you read one, you won’t be able to resist the whole series.” — Raelene Gorlinsky

“This story is an outrageous romp: romance, erotica, futuristic fantasy, science fiction, a bit of mystery and a lot of humor. This is about sex — fun, interesting, wild sex on another planet in another dimension. Lots of voyeurism, exhibitionism, group sex.” — Gorlinsky

“If you like Sons of Anarchy, you’ll love the bad bikers of the Reapers. They’re scary outlaws (definitely not law-abiding nice guys) who are also sexy as hell when protecting their women and their way of life. This story reflects that everlasting theme of women’s attraction to bad boys, the sexual pull to a man you maybe don’t even like and know you should not want.” — Gorlinsky

“You must imagine the Story of O retold by a very smart, hip UC Berkeley grad who discovers her deep need for submission along with an equally deep love for the man who dominates her. This spring, we are also reissuing Safe Word, the sequel to Carrie’s Story.” — Felice Newman, publisher at Cleis Press and author of The Whole Lesbian Sex Book.