Pride and Prejudice was published exactly 200 years ago in January 1813 and the names Elizabeth and Darcy are still iconic today. Did you know that Austen’s other five novels are also classic romances? 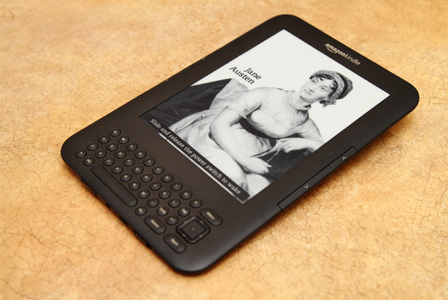 What tips on love and marriage might we glean from the experiences of Austen’s characters? Here are 10 possibilities.

No one is too good for you

When Elizabeth Bennet meets the rich and handsome Mr. Darcy, she doesn’t think he’d be interested in her, so to prevent humiliation, she convinces herself that he must be a jerk. She then fails to notice that he really isn’t a jerk and that he is getting interested in her. So don’t react defensively when romance is in the cards, because anything can happen.

Let him see how you feel

Jane Bennet’s calm manner conceals her deep love for Mr. Bingley, and that makes it easy for his scheming friends to separate them. Eventually he returns, but if Jane had been willing to risk rejection, she could have avoided much suffering. Taking a chance isn’t always a bad thing — modest men need encouragement.

Charlotte Lucas marries the moronic Mr. Collins because she doesn’t think she’ll ever get another proposal. After the marriage, Charlotte arranges her house so that she’ll see as little as possible of her husband. Maybe she’d have met someone better if she had waited.

Look for the warning signs

Marianne Dashwood’s suitor Willoughby certainly acts as if he’s in love with her. But he doesn’t propose and the romance continues until… he jilts her for a richer girl, an option that, as it turns out, was always in the back of his mind. So if the man won’t commit after a reasonable time, just get rid of him.

If he really loves you, maybe you can love him

After Willoughby jilts her, Marianne realizes that a very decent, but not very glamorous, older man has been in love with her for years. Though she feels nothing more than “lively friendship” for him, they marry — and in time she grows to adore him, since she’s a passionate person who can’t do anything “by halves.”

Emma Woodhouse believes she is attracted to Frank Churchill, who flirts with her and flatters her. When it turns out he is secretly engaged, Emma is flabbergasted that she’s not upset. Examining her feelings, she realizes that she actually loves Mr. Knightley, a blunt, honest family friend she had never considered as a possible suitor. Sometimes feelings need investigation.

Don’t marry on the rebound or for revenge

Rejected by charming Henry Crawford, Maria Bertram marries in haste to show him that she doesn’t really care about him. But she does care about him, and soon she flees from her rich and boring husband to live with Henry in sin — a ruinous act for a woman of Austen’s time. Had Maria waited, she might eventually have met another man she could love.

Remember that marriage isn’t everything

Mrs. Thorpe and Mrs. Allen are two older women who made good matches at the appropriate age, but marriage did not expand their mental horizons. Mrs. Thorpe can talk only of her children and childless Mrs. Allen can talk only of her clothes. When they try to converse, there is little interchange of opinion and no resemblance of subject! Better to be an intelligent single woman than a matron whose interests are confined to “women’s matters.”

Wait for true love, but don’t just sit around

Anne Elliot remains faithful to Captain Wentworth for eight years after their engagement is broken off. While she’s waiting, however, she keeps busy doing what she can for others and improving her mind. When Wentworth returns to Anne, he admires her more than he did when she was an uninformed girl, so remember that a setback in love can be a blessing in disguise.

As you’ve probably realized, these love tips aren’t always consistent with one another. The advice to wait for true love undercuts the advice to marry someone who loves you, even though you don’t exactly love him, so you’ll need to consider which piece of advice fits your circumstances.

But Austen’s romantic tips generally tend in the same direction. Don’t betray your own heart, but make sure you understand how you really feel, because feelings can fool you. Don’t sell yourself short, but think before you act. Most importantly, even if that dream romance is slow to come, you can still have a fabulous, fulfilling life. After all, Jane Austen, writer and “spinster,” certainly did!