Celebrity trainer Harley Pasternak is showing SheKnows how to get his most popular clients’ most coveted body parts. From Rihanna’s abs to Lady Gaga’s legs, Harley shows us the secrets of his Hollywood Workout. 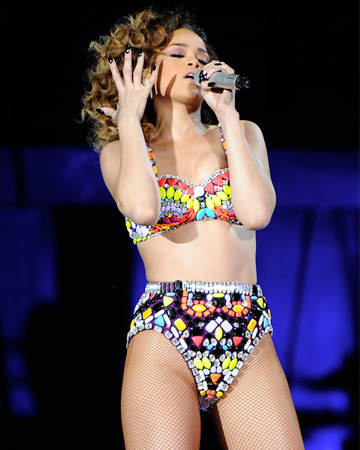 So you can’t afford Hollywood’s most sought-after trainer? No problem! Harley Pasternak is making his secrets accessible to the average woman with the release of his new video game, Harley Pasternak’s Hollywood Workout.

Now you can get Eva Mendes‘ arms and Megan Fox‘s butt, all in the comfort of your own home. His video is so efficient that Pasternak’s clients use it on the road when they can’t get the real thing.

“I can’t be everywhere at once,” says Pasternak, whose client list includes Kanye West, John Mayer, and Jessica Simpson, as well as the previously mentioned divas. “My clients are always traveling, so I wanted to have the next best thing to me being there.”

What’s fun about the workout is you can even pretend to be a celeb yourself, choosing the Hollywood Hills or Malibu beach as a background for your workout. You can also choose your program, which includes the Superhero Workout, the New Mom and the Diva in Training.

“The video game is even more directive than a DVD,” Harley tells us. “It will actually count your repetitions for you. It will tell you when you’re going too fast or too slow, and the right technique. It will create a program for you and really personalize what you’re experiencing.”

But don’t take our word for it. Try these five moves Harley showed us straight from the game. Each corresponds to one of his client’s best body parts: Amanda Seyfried‘s arms, Megan Fox’s butt, Eva Mendes’ shoulders, Lady Gaga‘s legs and Rihanna‘s abs. 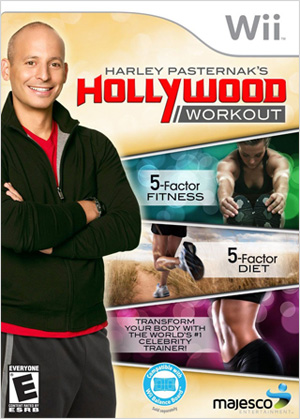 With this workout you’ll be ready for the red carpet in no time!