So you ended the year with some serious sparks? It’s always fun to meet someone on New Year’s Eve and even more fun if you end up clicking with this person beyond some drunken making out before the countdown. But will it last? It’s hard to tell and could go either way, but we have some tips for gauging the potential of your New Year’s hookup. 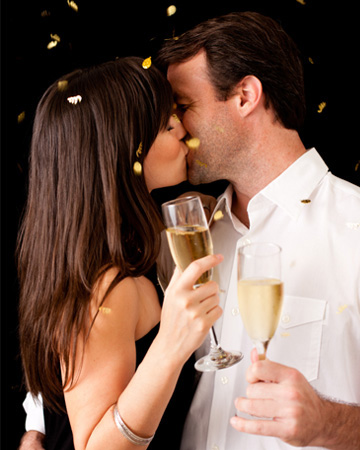 How well do you know him?

Was your New Year’s hookup with someone you’ve been crushing on for a while or someone you knew peripherally? Or was it someone totally new who you’d never met before? Sometimes how well you do (or don’t) know someone you hooked up with at a party can play a role in whether things will last. If you had a previous connection, there could be a higher chance of success simply due to a shared history (e.g. you run in the same circle of friends). Having no background on this person whatsoever can make it harder to maintain whatever magic you created as the clock struck midnight.

How drunk were you?

We hate to go there, but let’s face it — a New Year’s hookup likely involved more than a few Champagne cocktails. The drunker you and your New Year’s guy were, the higher the chances you might not find common ground outside of that one night of partying. But if you weren’t fall-down drunk and just having a good time, there’s a better likelihood that the hookup could have some potential.

Have you seen him since?

If you’ve just been exchanging a few texts here and there and no solid plans are yet to be made for a post-hookup date, that could be a red flag that whatever you had might just fade away. But, if you’ve managed to see each other since the night you hooked up, you’re on the right track. One night stands have a way of disappearing without a trace, but if you’re in contact and he’s sticking around, you might have a chance of making things last.

Have you gone on a “real” date?

One quick after-work drink or seeing each other among mutual friends is fine, but have you gone on a real evening one-on-one date since the New Year’s party? If so, things are definitely moving in a more positive direction. If you’re both making an effort to make time for each other, your connection is likely strong enough to take you past a one-night hookup.

4 Bad dating habits to break now
Shy girl’s guide to asking someone out
A flirting expert reveals: It’s more than twirling your hair