Now these are the kinds of facts we love studying up on! Scientific research and prominent sex experts have figured out all sorts of cool sex info, from average penis size to how long the female orgasm lasts. Impress your friends (and lovers) with the knowledge we’re about to drop. 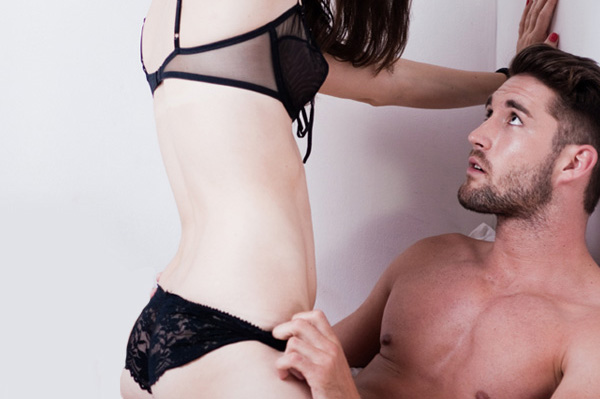 The average penis is 5 to 5.7 inches long when erect

This is one part of sex where women benefit big time: The average male orgasm lasts six seconds; the average female orgasm lasts 20 seconds, according to the book Scared Sh*tless: 1,003 Facts That Will Scare the Sh*t Out of You. Might want to test that tidbit out tonight!

Your ladyparts stretch when you’re in the mood

The average vagina is three to four inches long but can expand by 200 percent when sexually aroused, says Scared Sh*tless. All sizes welcome, in that case!

Seriously, a full two-thirds of us have faked it, When Harry Met Sally–style, according to the book V is for Vagina. Our advice: Stop doing that! If he thinks his usual moves are working for you, then he won’t know to change it up and find a way to give you the big O for real.

When Gardasil, the vaccine that protects against certain strains of HPV that cause cervical cancer and genital warts, was first FDA-approved, people worried that if they gave their daughters the series of shots, they’d be more likely to have sex. That’s not true, says a recent study published in the journal Pediatrics. The rate of sexual activity for girls and young women was the same, vaccine or no vaccine.

If they’re used correctly, condoms pose a mere three percent chance of you getting pregnant. Methods that are more effective than condoms when used correctly are the birth control pill (99 percent), the birth control patch (99 percent), intrauterine devices (IUDs) (99 percent), implants (nearly 100 percent) and hormone injections (nearly 100 percent), according to Dr. Nieca Goldberg’s Complete Guide to Women’s Health. But unlike those other methods, condoms protect against STIs. Women whose partners used condoms all the time were 70 percent less likely to acquire HPV, a recent study found.

Your birth control method might be dampening your sexual response

Women who use hormonal birth control, like the pill, the patch, implants or NuvaRing, could be at risk for less pleasure. A recent Indiana University study found “women using hormonal contraception experienced less arousal, fewer orgasms, difficulties with lubrication, decreased pleasure and less frequent sex.” If that’s you, experiment with lubricant or try another form of birth control.

The Centers for Disease Control estimated that the total median of sex partners for women is about four and for men, seven. But there are a bunch of caveats that come with that stat. First, women tend to under-report the number of partners they’ve had, and men tend to exaggerate. Plus, what does “sex” mean anyway? There’s a wide spectrum of definitions. “The important thing to know is that these numbers are medians — meaning that half of people have had fewer partners and half of people have had more partners,” sex expert Debby Herbenick, Ph.D., has said. “You’re in good company on either side of the median.”

“Overall, females have a better sense of smell, making them more aware of scents of the summer, and humid summer air carries the smells even more,” according to the book Why Do Women Crave More Sex in the Summer? “Researchers have found that if a man is attracted to a woman, he will secrete chemicals through his sweat glands — a signal that he is sexually interested. And although you may not consciously know it, as a woman, with your heightened sense of smell, your brain picks up his eau de attraction.”

So your sex sessions are more sprints than marathons? No worries. Three to seven minutes is an “adequate” length of intercourse, found a study of North American sex therapists. “Ideal” clocks in at seven to 13 minutes. However, it’s quite rare for thrusting to last longer than 12 minutes, according to Esquire. We all know, though, that great sex isn’t just penis in vagina — oral sex, manual stimulation and a host of other activities can make your sex session last longer than it takes to nuke a microwave dinner.

To go along with your newly absorbed facts, read about these bizarre-sounding products designed with ladies’ enjoyment in mind: 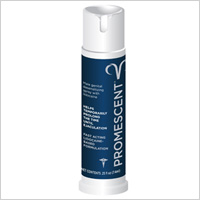 Wish your guy could go longer? Spray this FDA-approved, Lidocaine-based product on the head and shaft of your guy’s penis three times apiece, 10 minutes before intercourse, to desensitize his nerves and delay ejaculation. [$20; promescent.com] 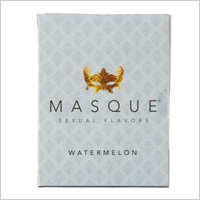 These little flavored films that dissolve on your tongue were created to completely neutralize the taste of semen. And they really work! Read a firsthand account of what it’s like to use them here. [3 for $10; yourmasque.com] 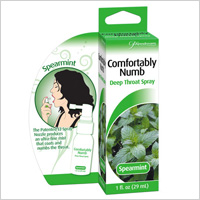 Think of it as sexy Chloraseptic: Spritz some of this on the back of your throat before going down on your guy, and supposedly your gag reflex will be numbed. Bonus: It doubles as a breath freshener. [$4; amazon.com]

Shhh: Get the sex you want without speaking a word
What you need to know about lubricant
How to have better sex at any age