If only everyone could have wise-and-worldly CNN anchor Anderson Cooper’s advice on their relationship woes! We’re live-blogging from Anderson Live. The show lobbed a few family- and relationship-themed issues at co-host Iyanla Vanzant today that we think are universal issues for all women. Tell us what you think about the situations below. 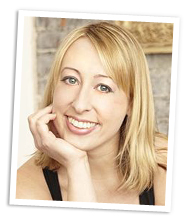 SheKnows is on Anderson Live

If only everyone could have wise-and-worldly CNN anchor Anderson Cooper’s advice on their relationship woes! We’re live-blogging from Anderson Live. The show lobbed a few family- and relationship-themed issues at co-host Iyanla Vanzant today that we think are universal issues for all women. Tell us what you think about the situations below.

We’re not just saying this because the show buttered us up with a giant green room of our very own (complete with a nameplate on the door and a pastry-and-fruit plate that we promptly dove into), but we were thrilled to simply be in the same room as a guy who’s defined news for a brand new generation of Americans… and get the dish on what’s irking modern women in their relationships (hint: It’s not always their guy!).

After Anderson and the audience chatted about topics ranging from East Coasters trading gas for sex on Craigslist (desperate times call for desperate measures, we guess!) to newly re-elected President Barack Obama’s teary speech to his campaign volunteers (“Sometimes we forget that men have hearts,” Iyanla said), we got down to brass tacks: 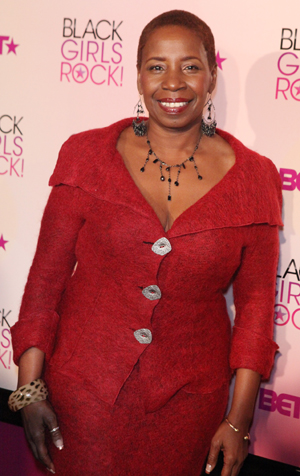 Twins Jessica and Haley say they have trouble with people comparing them — they look alike and even went to the same nursing school and took the same classes! They like the special twin connection they have and they want their own identity, but they’re so comfortable being together that they don’t want to separate. “What is it that you’re afraid of?” asks Iyanla. (Talk about drilling down to the heart of the matter.) The ladies say they’re afraid of being apart, because they start to miss each other. Iyanla’s solution? “Start spending some time apart!” she says. “Cut your hair short, spike, it, dye it. At least you’d begin to start growing your identity. People will start seeing how you present yourself. You’re only going to get from people what you have going on inside.”

Melyssa is a new mom to a 2-1/2-month-old baby girl, but she feels her mom is stepping in a little too much and would like some advice on a nice way to tell her family to, ahem, butt out.

Iyanla gives Melyssa three little words to say to Mom: “I got this.” It’s a super-nice way of saying, “Shut up and mind your business.” Fair enough! “Mom, do you feel like you’re being too intrusive?” Anderson says. “All I’m trying to do is give my advice on things,” she says. Iyanla comes back with: “If they don’t ask, it’s not advice.” Another phrase to keep in mind? Iyanla says: “M-Y-B: Mind your business. Her baby is not your business. Thing is, you’re the grandmother, so when she’s gone, do whatever you want.”

During the commercial break, we got a chance to hear an off-camera question from a young woman who has a concern we think a lot of women can relate to. She just moved in with her boyfriend two weeks ago — they’re not engaged yet, but she has a plan: She wants get married and to have babies when she’s 35. “I have friends that have been in relationships and they get stuck, or their proposal never comes,” she says. “How long should I live with the person before I give up? I don’t want to put pressure on a man.”

Tough love time from Iyanla! “You do want to put pressure on him!” Iyanla says when you move in together, you have to share a vision and an intention — a.k.a. make a plan for the future before you relocate. “Why buy the cow if you get the milk for free?” Uh-oh. “You just show up with your suitcases and your coffeemaker, you could be there for a long time. I would go back and renegotiate the lease.”

Bring Fifty Shades of Grey into your bedroom
Guy signals decoded!
Shhh: Get the sex you want without speaking a word

1 hr ago
by Ashley Papa