As seen in his multiple shirtless roles, Mark Wahlberg has an extremely buff bod. But his workout doesn’t just work for men. Check out what moves you can steal from Mark’s trainers to sculpt lean, sexy muscles.

The men behind Mark Wahlberg‘s famous bod are now making their method available to everyone at Brik Fitness, their new studio in Redondo Beach, California.

Co-owner Brian Nguyen has been with Mark for the past seven years, sculpting his body for roles in movies like Invincible, The Fighter, and next year’s Pain and Gain.

But Nguyen and his partner Nik Herold aren’t just pros at beefing up actors. They help female celebs slim down too. On the set of The Fighter, Nguyen also worked with Amy Adams to tighten up her physique and he trained Mark’s co-star Natalie Martinez on the set of their upcoming film, Broken City. 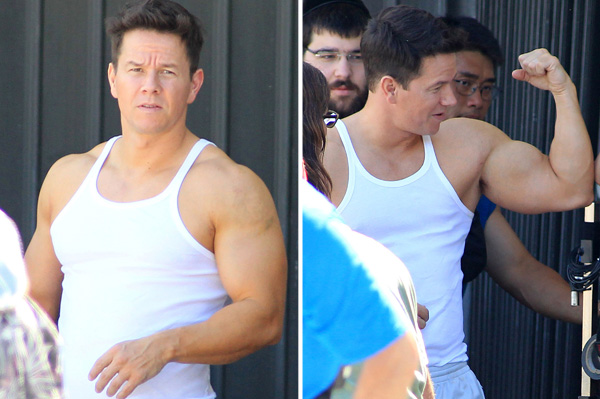 The key to the Brik Fitness model is quality over quantity.

“There is a lot of fat loss involved any time you are on camera,” Nguyen told SheKnows. “Getting that lean physique isn’t so much about low weight and high reps.” You really have to get that metabolic system going, he says.

“It’s about the quality of the movements that are involved in the workout,” says Herold.

In addition to efficiently training your muscles, Nguyen and Herold put a huge emphasis on preparing for the workout and recovery. The whole process takes six steps.

RAMP stands for range of motion, activation of weak muscles and movement preparation. We accomplished this step by foam-rolling our calves before beginning the training session.

“Most people have some sort of weakness in their core area and we are really going to focus on it in the beginning of the program,” said Herold.

To engage the entire body, the guys had us do a reverse lunge with band pull. Some other popular core exercises Nguyen employed with Natalie Martinez were static holds, like the side plank.

This part of the workout helps improve the reactive ability of the client.

“As you get older, one of the top things that declines is your ability to react to something,” said Herold.

Herold really challenged us on this aspect with a medicine ball slam.

The bulk of the workout, or as Herold put it, “the meat and potatoes,” comes in here. Herold incorporated both the upper and lower body with a compound move, a goblet squat with an overhead press.

This is where your cardio comes in! Nguyen likes to finish his workouts by “emptying the tank,” squeezing the last bit of energy out of your fatigued physique. With Amy Adams and Mark Wahlberg on The Fighter, this meant intervals of jumping rope. Nguyen recommends doing a total of 10 minutes of jump rope, 30 seconds on, 30 seconds resting.

Nguyen and Herold encourage their clients to complete this three-step process following a training session.

“This trio helps reduce muscle soreness and recovery time which allows us to work out intensely and more frequently — two necessary elements when designing a workout plan to get a great physique,” says Herold.

For couples who like to work out together, Nguyen recommends doing a “boot camp-style” session. Take turns challenging each other to see who can do the most squats or push-ups. 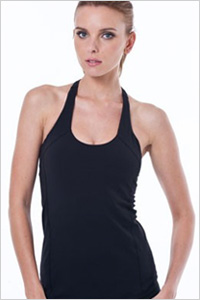 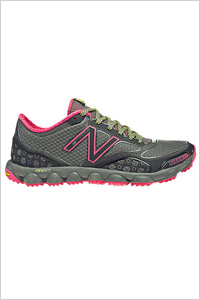 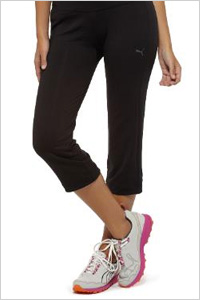 15 hrs ago
by Theresa Prenger