The 2012 presidential race between Barack Obama and Mitt Romney may come down to one issue — health care. 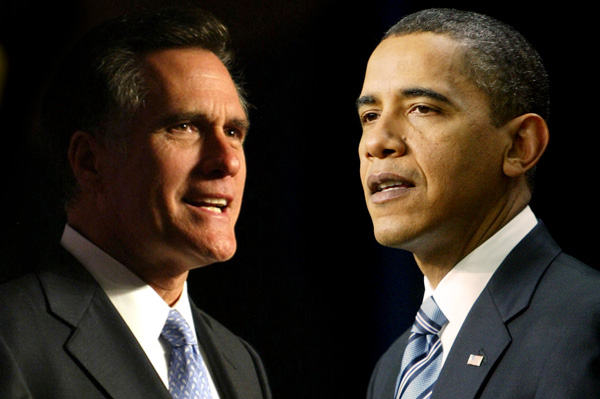 The controversial topic is one that’s at the heart of many people’s political party and choice. Access to affordable insurance coverage can be the difference between life and death for some Americans. If you’re undecided or unsure of the differences between the Romney and Obama platform on health care, here is a breakdown of their positions:

How does Romney feel about health care?

He is a supporter of universal health care, but, like most of his proposed policies, he wants the states to delegate and implement on their own. He wants to divert money from Medicaid and other federal funding to the states, so they in turn have the financial capabilities to develop their own reform and health care plans.

How does Obama feel about health care?

His platform supports his landmark (but very controversial) centerpiece Patient Protection and Affordable Care Act of 2010 (better known as Obamacare).

What is PPACA (Obamacare) ?

Note: You may see “the act,” “Obamacare” and “PPACA” throughout this article—they are all the same.

PPACA introduced comprehensive reforms in national health care that will expand coverage to millions of uninsured Americans. It aims to strengthen employer coverage through mandates, subsidies and tax credits to employers to increase coverage rates. It ensures patients have a choice when it comes to doctors without government interference. PPACA would provide subsidies for Americans who meet income requirements who buy coverage directly from insurance companies rather than receive it through their jobs. It also aims to reduce the overall cost of health care. PPACA requires all insurance companies to cover all applicants, and rates will be same, regardless of pre-existing conditions.

How will Obamacare affect me once it is fully implemented?

If you like your current health insurance, nothing changes. However, your costs are projected to go down to $2,500 annually. If you are uninsured you will have new and affordable options. On the downside, your taxes are likely to increase.

So what does Massachusetts have to do with Obamacare?

You’ve probably heard talk of Massachusetts, where Romney was governor, floating around when it comes to health care. Romney has been criticized for immediately wanting to dismantle Obamacare if he becomes president. Why? Because he reformed Massachusetts with a nearly identical plan — said to be the model for Obamacare — while he was governor.

So why doesn’t Romney support the plan on a national level?

As a businessman, he doesn’t think the plan is feasible on a national level. What works for Massachusetts will not necessarily work for 49 other states, he says. However, he has said in the past he would keep parts of Obama’s reform.

What happens to Obamacare if Romney is elected?

Romney has said many times that he supports the idea of certain mandates. He essentially wants the states to take the lead and craft reform that is best for their own residents. He has said he will issue Obamacare waivers to all 50 states and aims to work with Congress to repeal the legislation immediately upon entering office. He thinks the role of the federal government should be to help markets work and create a level playing field for competition. He promises consumers will have the power of choice and a wealth of information when it comes to insurance providers.

Why does Obama want to uphold Obamacare?

Obama and his administration say the act is a great step forward for Americans. The act is holding insurance companies accountable and eliminating a number of practices that have been problems for consumers, such as forcing insurers to cover patients with pre-existing conditions and not allowing insurers to stop coverage when patients become very sick. His platform states that the act will help people on Medicare save money. Obamacare offers a wealth of free preventive services, which are almost always much cheaper than waiting until a condition has gotten much more serious. The act also puts in place measures to help lower costs on prescription drugs and monthly premiums. Obamacare also stops health insurance companies from charging women more than men.

The choice is yours.

Romney vs. Obama on issues important to you