We’ve all heard the age old piece of relationship advice to never go to bed angry, but is staying awake to finish a fight really all it’s cracked up to be? We’re not so sure and can think of a few reasons it might be better to hit the sack and reconvene in the morning. 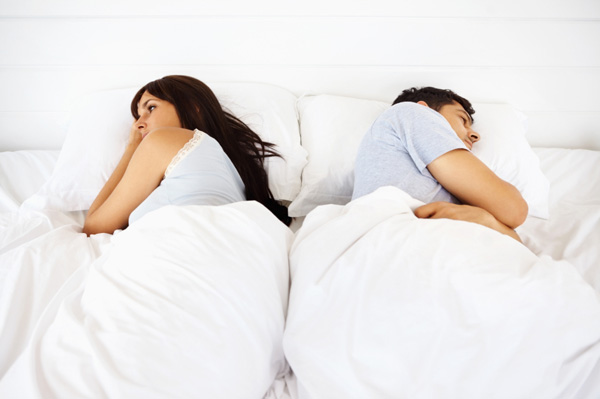 You have time to cool off

When you’re in the middle of a fight, tempers are flaring and you’re saying things you don’t mean — things that don’t contribute to the discussion in a positive way. Going to bed actually allows you to take a break from your emotions (and his) and cool off. The more heated you get, the worse the fight gets, so by heading to bed, you allow yourself to calm down. In the morning, you can restart the discussion but since you’ve had eight hours to relax, you’ll be much less likely to fly off the handle this time.

If you’ve ever gotten into an argument with your significant other at the end of a long day (or long week), you know how easy it can be to allow the fight to escalate. Being tired and stressed puts you on edge, making even little issues seem worthy of a major blowout. The best remedy for exhaustion-induced conflict? Sleep! After a good night’s rest, you’ll be calmer, happier and much more ready to compromise rather than keep the fight going.

You’ll be much more rational

In the heat of the moment, when you’re yelling, he’s yelling and maybe even the dog is yelling, nothing is going to get solved. Everything you say is going to come across as negative and anything you hear is going to be construed as an insult. In other words, your rational self is nowhere to be found. The best thing you can do in this situation is sleep on it. Stop yelling, take a deep breath and allow yourselves to step away from the situation. In the morning you’ll be refreshed and ready to take a more logical approach to whatever you were arguing about.

Do you ever go to bed angry? What happens when you do?