Does your guy have a bad habit you can’t stand? There are usually one or two things in every relationship that will drive a gal up the wall and we’ve rounded up a few of the most common. 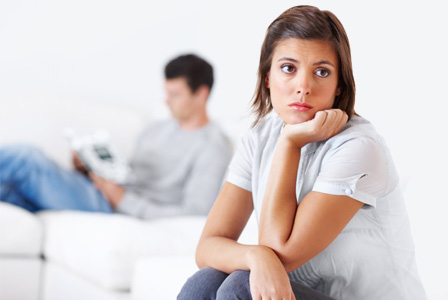 Put your hand up if you’ve ever asked your guy to do something or get something, only to find out he wasn’t listening when you made your request? Guys can be very good at looking like they’re listening — without actually taking in a word you’re saying.

Quick fix: If you really need something (an item at the grocery store, something fixed), ask him to repeat your request back to you to ensure he was listening. Failing that, send a quick text after he leaves with a subtle reminder of what he was supposed to do or get.

While some guys are great about cleaning up, others don’t seem to even notice a mess. It’s like they have some sort of goggles on that allow them to see the house as clean even if it looks like a tornado just went through it. A lot of women, on the other hand, not only notice a mess but feel compelled to do something about it.

Quick fix: Make a chore chart and divide up the housework equally so no one feels slighted. That way, even if he doesn’t understand why he’s mopping the floor, he’ll at least do it.

If an event starts at 8 p.m., show up at 8 p.m. If you say you’re going to pick us up in an hour, you’d better show up in an hour. Sure, a lot of guys know how to be on time, but there are also quite a few who seem to have made up their own time zones, totally unable to get anywhere without being at least 20 minutes behind schedule.

Quick fix: If you’re supposed to be at a dinner party at 7 p.m., tell him the invite said 6:30 p.m. That way you build in extra “guy” time to avoid being late.

No anniversary card again? Did he also miss Valentine’s Day? He likely didn’t mean to upset you, but some men have a hard time remembering important dates, and if they do happen to remember the date, they forget to pick up a card or flowers.

Quick fix: Program important dates into his phone — anniversaries, his mom’s birthday, etc. so he’ll get reminders no matter where he is.

More about men and dating

Women on top, men on bottom: Is your boyfriend a lap dog?
4 Bad dating habits to break now
Help! I hate my boyfriend’s friends